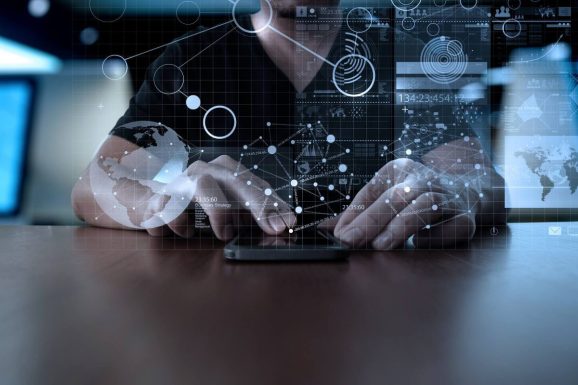 In 2017, the digital ad space will grow in size and complexity, creating more opportunities for advertisers and new challenges for market players. We’ll see more opportunities for ad placements within mobile apps and mobile messaging programs, but fake ad traffic generated by bots will continue to burn through advertisers’ budgets and erode trust in digital advertising.

Here are the top trends that will shape the digital advertising landscape in 2017.

Bots follow the money — Mobile advertising is attracting more and more budgets and more ad bots. About 59.5 percent of Google’s net global ad revenues will come from mobile Internet ads this year, up from about 45.8 percent in 2015. By 2018, nearly three-quarters of Google’s net ad revenues worldwide will come from mobile ad placements. But the dynamic surge in mobile traffic will also make more room for fake views and clicks. As a result, mobile ad fraud will become more dominant in 2017.

Monetization of messaging apps — Facebook’s Mobile Messenger, WhatsApp. and WeChat, are proof there is a continued and growing wish among consumers to communicate directly outside of public social network pages. This is really the last frontier for social media monetization, so we can expect to see new options for paid media on messaging apps next year.

Collaboration to prevent ad fraud — Moving away from verification tools that are about finding fraud and shutting it down, there will be more initiatives to communicate what’s working and what’s not, so that advertisers and traffic sources can work together to clean up traffic instead of blocking it. By pinpointing specific impressions, categorizing the problem, and providing actionable data in real time, publishers can work with mediators to become part of the solution instead of being labeled as the problem.

Cyberattacks from ad bots — Bots that create fake clicks and views can also steal credit cards. The tools used to protect advertising, will begin to resemble systems used to protect financial institutions from hackers. The worlds of cyber-security and anti-ad fraud will merge using many of the same techniques to detect bots.

China’s rapid mobile ad spend growth — The U.S. is currently the most valuable ad market in the world and it continues growing at a healthy clip, but that growth pales in comparison to China’s staggering expansion. According to Zenith Optimedia’s latest Advertising Expenditure Forecasts, China’s ad market has not been significantly affected by the country’s stock market chaos and is expected to grow almost twice as fast as the global growth rate.

Consumers annoyed by online ads — Data suggests that online advertising isn’t well received by consumers. Of the 3,200 internet users surveyed in a recent study, 92 percent said that they’d consider using an ad blocker, and 62 percent said they are annoyed by pre-roll ads. In 2017, finding ways to use more entertaining and less intrusive media will become a higher priority to avoid alienating viewers.

Ad blocking as a growing concern — Twenty-eight percent of U.S. Internet users use ad-blocking software, according to Adobe. That’s bad news for marketers, advertisers, and publishers alike, who lose money when browsers prevent ads from reaching the ad server. As per Ooyala’s Global Video Index report for Q1 2016, more than 200 million Internet users currently use ad blockers. Big networks such as Google and Facebook will pressure mobile operators not to block ads. Some mobile networks have already pulled back from ad blocking as a result of their influence.

Programmatic advertising continues to dominate digital display advertising — In 2014, just a little under 50 percent of display advertising was purchased either programmatically or through an API. This year, just two years later, approximately 67 percent of digital ad displays are projected to be programmatically bought out. Programmatic TV will become a more viable option by automating ad buying for increased cost efficiency and by providing more granular targeting due to a data-driven approach. However, based on the threat of fake traffic eroding effectiveness for online ads, fraud could become a hurdle for TV advertising going digital.

Interoperability will be key — While large ad serving vendors are increasingly adding functionality to provide a one-stop shop to lock in their platforms, market players will push in the opposite direction to have an open platform that can accommodate best of breed solutions. With such a dynamic market, there is a need for niche players who can respond quickly and can continuously improve their solutions based on new requirements, something that larger, slower players are less likely to do.

Although the new year will bring more canvasses for online ads, there will be more opportunities for abuse. Helping eliminate unwanted, irrelevant, and fake traffic will be a high priority for 2017 in order to improve the user experience and increase ad effectiveness

Asaf Greiner is founder and CEO of Protected Media.