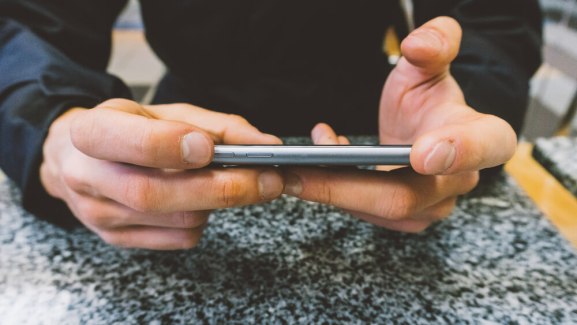 What does it take to get your app noticed? And then how do you make that awareness pay off? Join our upcoming VB Live event for insight from industry CEOs about what you’re getting right in your monetization strategy, and where you could be going wrong.

Your app could be doomed even before it launches, says Eric Shashoua, CEO, of Zive, maker of Kiwi for Gmail.

“One of the biggest challenges in app monetization is that most people are terrible at the marketing side,” Shashoua explains. “If you look at most applications that are launched, they generally do terribly in three areas.”

The first thing to understand, he says, is the funds needed to back a well thought-out marketing plan. Too often, developers blindly assume that if you build a great app, they will come — that you can just launch it, and watch it take off into the stratosphere all by itself.

“Most people don’t realize that everything about going viral usually is backed by a fairly significant marketing budget before it goes viral,” he says. “People hear simplified stories of that because they fit into short notes and soundbites.”

Stories like that feed the fantasy of app developers all over the world who quit their day jobs and code feverishly in their garages, expecting big payoffs and worldwide success — which will never materialize if they haven’t worked to put funding in place.

“Having a very strong plan around generating awareness before launch is also key,” Shashoua says. “And on iOS it’s much easier to get to that core critical mass of awareness that gets your application out there.”

From there, he says, in terms of awareness, generally your first month of launch can determine the entire success of the application — or even the first couple of weeks.

2. Long-term relevance is a choice

The second piece, Shashoua says, is developing an application that has continued relevance.

He points out the dozens and dozens of apps that get featured by Apple and then disappear. And part of that disappearing act boils down to the nature of the apps themselves.

“App developers think they can launch all kinds of applications and they’ll do well,” Shashoua says. But look in the app store today, he says, and you’ll find a meal planning app, three workout apps, an antique furniture app, a lifeline application that allows seniors to signal an ambulance if they collapse, and more.

“The mistake that most of these applications make is that they’re kind of flashes in the pan,” says Shashoua. “They can’t stay relevant to a user, or to press, or to keep anyone talking about them after their launch. And most of these fail.”

On the other hand, productivity and games are the two areas that will yield returns, Shashoua says. “Those are things that can stick around and remain relevant for users over time, that they’ll keep looking for and keep wanting,” he explains.

3. Get your pricing right or risk it all

There’s more though to getting your app off the ground and the returns unemployed developers dream about. Your pricing strategy will make or break your app, and it’s one of the trickiest pieces to get right — freemium or subscription?

He points out the very public failure of email client Mail Pilot. “It had a lot of fanfare on Kickstarter but then ultimately failed,” he says, largely in part to how they approached pricing. “They launched with something which was fairly low quality and they wanted a monthly subscription fee with it which they couldn’t actually muster.”

But other applications do well without either a subscription or pay-to-play features, such as another email client, Mailbox, which launched as a free app.

“They had a clever waitlist-based marketing approach as well,” Shashoua says. “They managed to get to 800,000 signups within about six months.” Full-circle back to the importance of marketing and awareness-building.

To learn more about the pros and cons of subscription models, the delicate balance between free and paid in a freemium model, and how to scale internationally without going for broke, join our interactive VB Live event!

In this VB Live event, you’ll learn to: