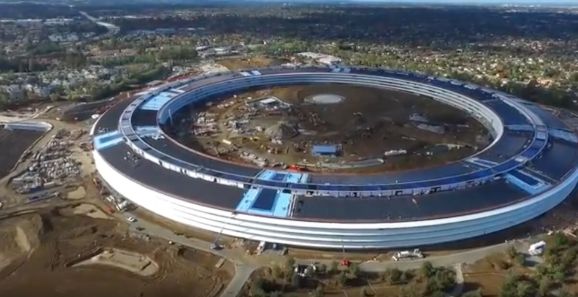 Apple Campus 2 is nearing completion of the first phase of its construction, and the latest in an ongoing wave of drone videos shows a building that now closely resembles the architectural renderings we’ve been seeing for years.

The City of Cupertino recently updated its website to indicate that the first phase of construction will now be complete sometime in the first quarter of 2017 — not by the end of this year, as Apple had originally hoped. Of course, that’s not surprising, given the magnitude of the construction. Apple’s original timetable was ambitious.

Above: Apple Campus 2 construction timetable as of August.

Above: Apple Campus 2 schedule as of November.

It remains to be seen just when employees will start moving in next year (and which ones). When finished, the new offices will have space for just over half of Apple’s Bay Area workforce.