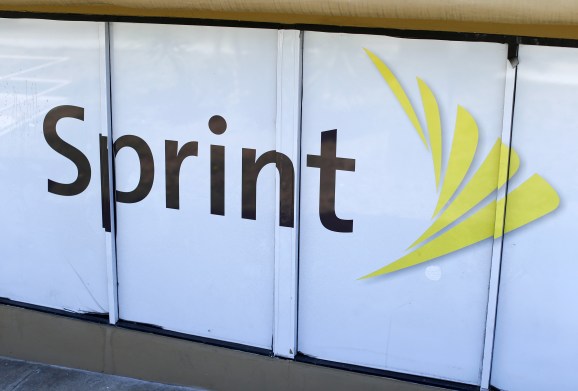 Because Sprint is based in my hometown of Overland Park, Kansas, I’ve got a soft spot for it and find myself rooting for the company even as it has struggled in recent years.

Still, I was surprised to hear President-elect Trump crow this week that he had convinced Sprint to create more jobs in the U.S.

A Sprint spokeswoman later clarified to the Times that the 5,000 jobs “will be a combination of newly created jobs and bringing some existing jobs back to the U.S.”

This was no doubt part of a conversation with Trump’s new chum, SoftBank CEO Masayoshi Son. A few weeks ago, Son met with Trump and promised to invest $50 billion in the U.S. to help create 50,000 jobs here.

A lot of the coverage of these claims tends to gloss over the fact that Sprint is a money-losing mess. Son had already promised to invest $16 billion in the company over two years back when Softbank acquired it in 2013 for $21 billion. He then said he would invest $6 billion in it annually. And that Softbank deal came as Sprint also acquired telecom company Clearwire.

Despite these moves, Sprint’s fortunes have continued to tumble, and the company has become significantly smaller.

Sprint had 30,000 employees as of March 2016, according to a regulatory filing. That number is sharply down from the 40,000 employees it reported having in December 2011, even more surprising given that it acquired Clearwire along the way. The filings do not give a breakdown of how many of those jobs are overseas versus in the U.S. But Sprint’s website lists 19 call centers that all appear to be in the U.S.

The company reported annual revenues of $40.1 billion in 2007. It reported $27 billion in revenue for the fiscal year ending March 2016.

It’s not surprising that the company has been in massive cost-cutting mode, because under Son’s leadership it has posted a total of $5.4 billion in losses over the last two years.

In the press release issued after Trump’s announcement, Sprint said:

“The company anticipates these jobs will support a variety of functions across the organization, including its Customer Care and Sales teams. Sprint will begin discussions immediately with its business partners, states, and cities to determine the right locations in the U.S. to create these jobs. The company expects to fulfill this commitment by the end of its fiscal year 2017 and will provide additional details when they are available.”

It will be worth watching closely to see exactly what these jobs entail. As has been noted in the past, Sprint has followed the pattern of many major tech companies going through large restructurings, who are often still hiring even as they are firing. In Sprint’s case, many of the jobs being added back during these downsizings were retail and part-time gigs for people to push their services in stores.

“We are excited to work with President-Elect Trump and his Administration to do our part to drive economic growth and create jobs in the U.S.,” said Sprint CEO Marcelo Claure in the statement. “We believe it is critical for business and government to partner together to create more job opportunities in the U.S. and ensure prosperity for all Americans.”

Let’s hope. But until the actual details emerge, it’s fair to be abundantly skeptical when Sprint or any other company makes such promises.