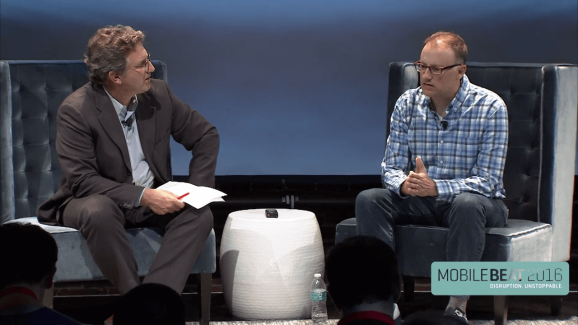 Head of platform products Jason Shellen announced today that he plans to leave Slack after being part of the company for less than a year.

“Jason wound down his time at the company in late December to pursue a path closer to his entrepreneurial roots,” a Slack spokesperson told VentureBeat in an email. “Platform remains a cornerstone of our growth strategy. April Underwood continues to oversee all of product, including Platform growth and development. It’s a significant and strategic focus area for April, Stewart and the entire company.”

During his time with the San Francisco-based company, Slack expanded its App Directory to include offerings from productivity apps like Trello, Harvard Business Review, and other companies.

Buttons and other features were also added for Slack bots. It also expanded its $80 million Slack Fund to give promising startups money and seed its third party ecosystem. To date, roughly 14 companies have received funding.

He is the fourth executive to leave Slack this fall, after the departure of head of HR Anne Toth, CMO Bill Macaitis, and creative director Mark Lawson, according to Business Insider.

I decided to leave Slack.

I love @SlackHQ, @stewart & the rest of the crew & I'm completely rooting for them. #slack4lyfe

Shellen leaves at a time when competition is increasing for Slack, a company with a $3.8 billion valuation.

A month later, Microsoft unveiled Microsoft Teams, a Slack competitor that operates inside Office 365 and provides bots, integration of enterprise software, and other services.

Shellen came to Slack after leading product teams at companies like Pinterest, Google, and messaging at AOL, according to his LinkedIn profile.

About a year ago Slack launched its platform for apps and bots and worked with Howdy to create Botkit, a toolkit for developers to make tools that plug into Slack.