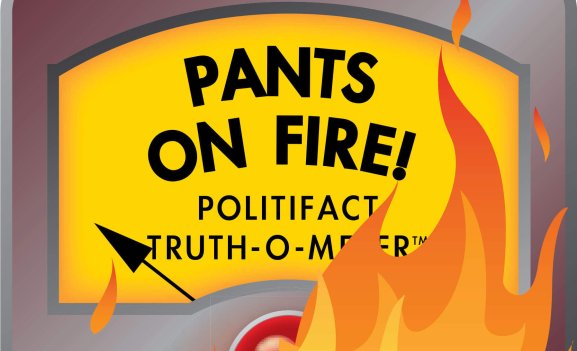 During a political season in which fact checking became a central part of the cultural conversation, somehow facts seemed to matter less than ever to the outcome.

This was one of the more puzzling contradictions of this tumultuous election season for me, and honestly, a bit dispiriting as a journalist. So much effort was mustered by so many journalistic organizations, so much information was available, and so many voters claimed they were hungry for it.

Yet, in the end, all the fact checking in the world never really seemed to change anyone’s opinion of either major candidate.

Am I being overly pessimistic?

To test my perspective, I spoke with Bill Adair, founder of PolitiFact, the fact-checking site of the Tampa Bay Times. PolitiFact may not have been the Internet’s first fact-checking project, but it’s fair to say that its success, including winning a Pulitzer Prize, helped shine a spotlight on the practice and make it an essential tool for many major news organizations this past year.

Adair is currently Knight Professor of the Practice of Journalism and Public Policy at Duke University’s Sanford School of Public Policy, but is still a PolitiFact contributor. In addition to teaching, his research work there continues to focus on the concept of fact checking. And far from feeling battered, Adair made it clear that he feels immensely proud of the work done by the growing army of political fact checkers.

The real issue, he says, goes beyond newsrooms and fact checking.

“I think there’s an unrealistic expectation that fact checking is suddenly going to change people’s minds,” he said. “It’s our job to inform. It’s then up to democracy to decide what to do with it. But we did our job.”

As part of his work at Duke, Adair is helping to track the growing fact-checking movement. He’s currently identified 120 organizations that have some kind of dedicated fact-checking operation. These span the globe, and range from national to local politics.

“There’s more fact checking than ever, particularly at the state and local level,” he said. “It’s not just the presidential campaign. We did lots of great work.”

The real lesson from this campaign mainly confirmed a challenge that he and others had already identified: The most partisan political audiences tend to reject or ignore any fact checking that doesn’t support their passionate views.

Despite the deep political divides in the U.S., there is a narrow middle that remains receptive to having their minds and opinions changed by information they consider reputable, he said. Adair believes he can reach and grow the number of people who fall into that category by delivering fact checking in a more timely way.

“We need to examine how we can expand our audience,” he said. “That’s my work here. How can we get people across the political spectrum to respect this work and realize this is objective journalism?”

Part of the answer is technology and products. At Duke, Adair has created the Reporters Lab to test new ideas and solutions for enhancing the impact of fact checking.

For instance, they created a browser extension for a fact-checking pop-up that they tested during the third presidential debate. Tweets from PolitiFact would trigger a pop-up window for someone watching the debate livestream.

“If you can get fact checking done at the moment of the statement, you can perhaps reach a larger audience,” Adair said. “Because who seeks out fact checks? It’s mostly partisan people. And they’re the people who are already convinced they are right.”

The lab has also developed a fact-checking widget that makes it easier to share fact-check items across social media and to embed them on websites. And in October, the lab introduced a new fact-checking app for the Amazon Echo. Owners of any Alexa-enabled devices could just say “ask the fact checkers” about claims made by the presidential candidates.

Adair is currently talking to the Knight Foundation about a proposal to fund work on tools that would automate fact checking. His vision is to be able to build massive databases of verified information that could be automatically searched by fact-checking tools, which would then deliver the information on any platform, from smart TVs to mobile phones.

To continue building the momentum around this work, Adair also cofounded this year the International Fact Checking Network with the nonprofit Poynter Institute. The IFCN is planning its first conference some time next year in Madrid. The idea is continue to develop strategies, tools, and lessons, and, of course, offer support to each other.

That sense of community between fact-checking organizations is crucial. In a moment when were people of all political persuasions lament about living in a “post-fact world,” Adair says the people doing the hard work of fact checking should be recognized and applauded for their efforts.

“You shouldn’t blame the fact checkers for how people react,” he said. “We gave people the information. If they chose not to use it in who they voted for, that’s totally up to them. Our goal is to empower democracy. And we did a really good job of that. The fact checkers shouldn’t become the scapegoats.”