2016 was “Year Zero” for the current wave of consumerization of virtual reality and augmented reality, devices are finally shipping, consumers are buying, and applications are earning. Consider what “Year Zero” was for the PC or the mobile waves of technology adoption, and look at where we are today. 2017 is shaping up to be an early and fantastically productive year for the virtual reality & augmented reality industries.

Having spent the better part of 2016 diving into the VR & AR industry, here is list of six predictions and four “wishes” for 2017:

#1: Apple enters the augmented reality game through the iPhone 8 camera

Of the tech majors who are openly investing billions into VR & AR initiatives, Apple is strikingly missing from that list. While Cupertino’s infamous “cone of silence” is typically quite effective, its M&A and hiring strategies paint a picture of deep exploration in virtual and augmented reality through acquisitions such as Primesense, Metaio, Flyby Media, and key hires from the Microsoft HoloLens, Oculus, and Magic Leap teams. With the unveiling of iPhone 8, the 10th anniversary iPhone, many are predicting a stark change in form factor, and while a head worn display is possible, the phone camera is the obvious and most accessible AR device for consumers today. 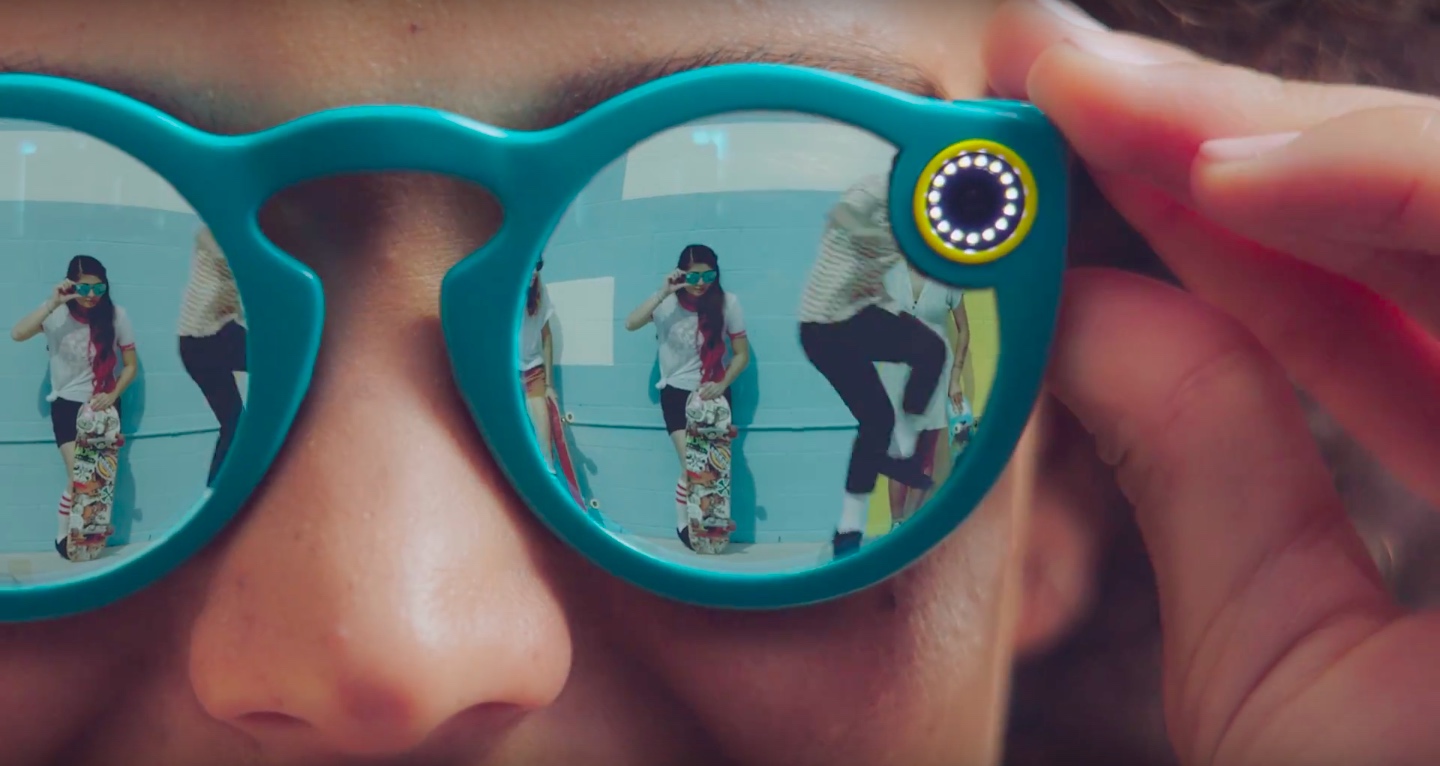 2017 will be a big year for Snap Inc., coming off a buzzy release of its connected sunglass camera product, Spectacles, and preparing for the potentially the largest tech IPO since Facebook. With Spectacles, not only has Snap has made it “cool” with the millennials-set to wear a battery and camera on your face, but the company has invented a novel and very natural way to keep this battery-laden device juiced up — via the charging case. While today, Spectacles are primarily content capture devices, a believable next step for a future Spectacles product is to enable display of information within the lenses, to the wearer, such as time, walking directions, recent text messages, or next appointment. Google Glass is rolling over in its deep grave.

HTC Vive, the currently leader in room scale Virtual Reality, will announce a “standalone” VR headset. The Vive is the industry leader in terms of quality of experience and depth of “immersion” in VR, thanks to its sophisticated infrared light tracking hardware setup. However, the curse is that it must be tethered and powered by a high-end gaming PC with a top of the line GPU hardware, which can be very expensive. Don’t forget that HTC’s primary area of expertise is that of a manufacturer of high-end mobile phone devices, including the Google Pixel. So, expect HTC to announce a standalone VR device, with the compute and graphics power onboard, which will enable high quality mobile VR experiences to consumers at a far more approachable form factor and price. 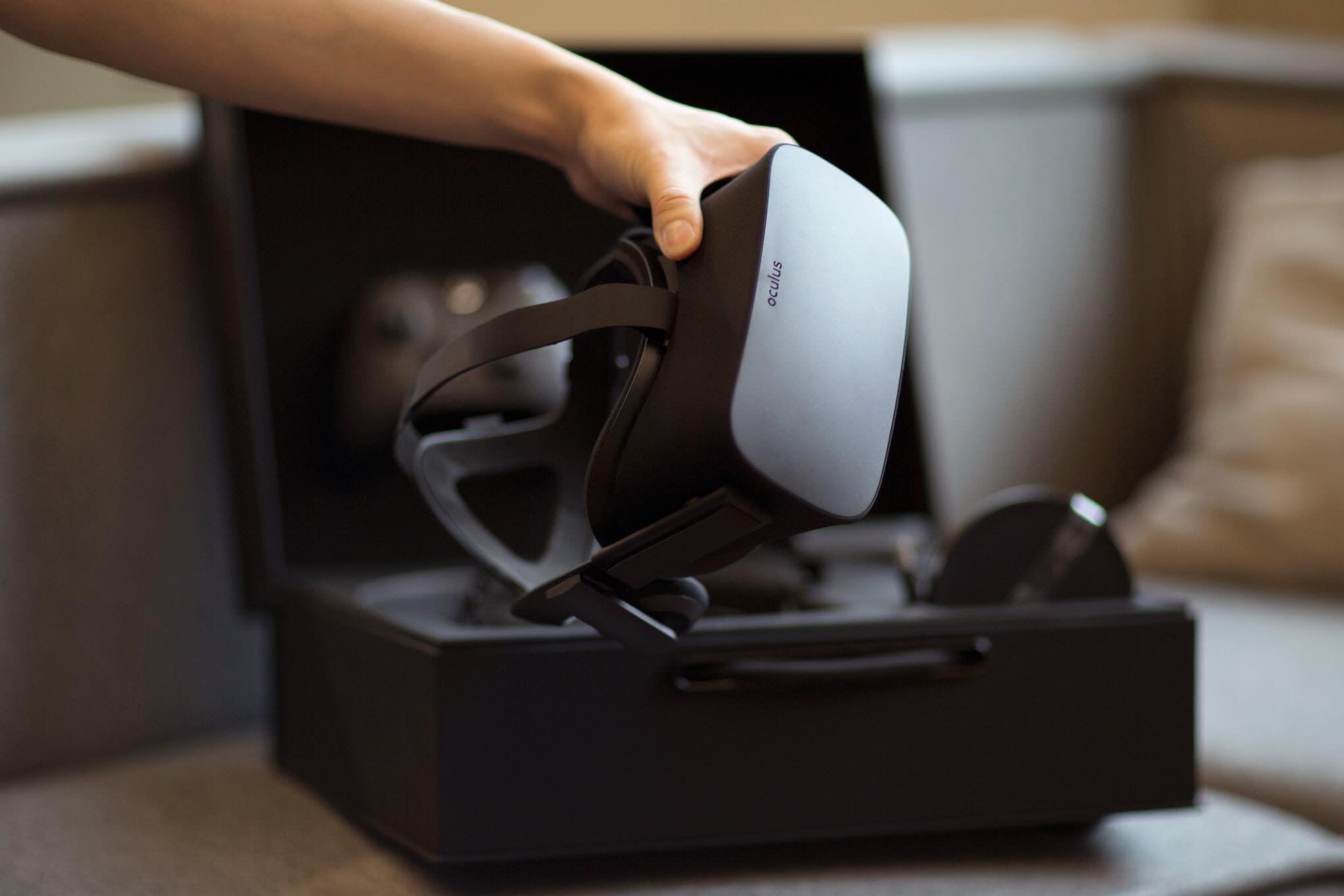 Above: Photo of an Oculus Rift virtual reality headset.

In Facebook’s acquisition of Oculus, it acquired a delivery mechanism. After two years of product development on hardware and software, Facebook reached a high point of quality for both consumers and developers, and it did so in a relative “walled garden” of early adopters who are excited by and loyal to the Oculus brand. In 2017, expect Facebook to start introducing VR experiences directly to its 1.79 billion monthly active users under its own, more familiar, flag.

For those who have tried a full-featured virtual reality rig like Oculus Rift or HTC Vive, the experience is often “out of this world,” but there’s a common annoyance caused by the “tether,” that hangs down the back of the head-mounted display (HMD) connecting it to the PC. While annoying to the user, this cord carries important low-latency, high speed graphics to the HMD ensuring a quality experience and minimizing potential of nausea. With advances in near-field Bluetooth and Wi-Fi connectivity, expect to see a number of branded and manufactured wireless headsets or attachments come to market to solve this tangled problem.

While millions of new people will try and buy VR experiences in 2017, the vast majority still will not have access, but WebVR will offer a “magic window.” VR is so compelling because of the extraordinary experiences it enables for the user, and as social creatures, we naturally want to share this. As VR starts to have more “creation” experiences, like TiltBrush or Medium, enabling users to create art or environments, so will they want to share with friends outside of VR. Mozilla’s A-Frame is a fantastic framework and open standard to enable any JavaScript developer to render 3D images directly in a browser.

As an active investor in the VR & AR industry looking for Series A-stage companies working to shape great products and experiences, here is what I hope to see in 2017: 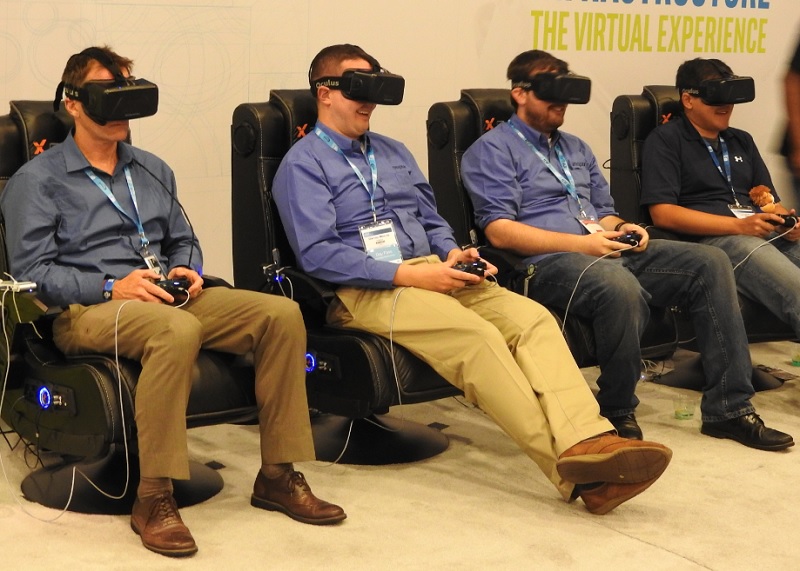 To date, most VR experiences have been primarily content consumption or gaming experiences. However, some of the most engaging and exciting experiences are applications that let the user create content. These are applications like Google’s TiltBrush, Oculus’ Medium, or Quill, and more environmental creation apps like High Fidelity or Mindshow. In AR, even consider Snapchat’s face filters as a type of highly-popular augmented content creation. As WebVR becomes more common, enabling 3D rendering of VR and AR content to be shared more freely in the browser, I’m excited to see what types of art, experiences, and applications are created by users and developers.

How do we reach more people with 3D content in a way that encourages them to take the leap into trying or buying VR? The “magic window” bridge enabling people outside of VR to see, experience, or partake in VR experiences will be a key step. A good example showing the implementation of “magic windows” is Mark Zuckerberg’s video chat at the Oculus OC3 developer conference where, within VR, he conversed with his wife Dr. Priscilla Chan, who wasn’t using the technology.

The Fox Sports VR app for iOS is another example of the “magic window” that enables viewers to watch live sports from within a virtual Fox Sports luxury box at the stadium. This experience, powered by LiveLike, enables users to interact, share and talk about the game no matter if they are in VR or only on a mobile device.

VR is nascent, distribution is still limited, and monetization is in the early days. There aren’t yet enough eyeballs to sustain consistent advertising streams, and premium content is still being defined. My druthers says that because of its incredible immersiveness users would be willing to pay for extensions, or added levels, to the experiences they love, but may not be willing to shell out relatively large cash ($20 to $60) at the outset for something new and unknown. Unfortunately today, most of the VR app distribution outlets like Oculus, Steam, and Google don’t support in-experience transactions, but I imagine they will, so they can get their take.

Before that, what other unique models of monetization and engagement can we think of that makes sense in the VR and AR form factor? In-app purchases? Subscription? Cross-platform presence and avatars? Micro transactions? Virtual goods?

The advancements of VR & AR in 2016 have laid the groundwork for a fantastic year of growth ahead in 2017. From the foundational platform builders, to the indie developers creating delightful experiences, the opportunity in VR continues to grow, and now is the time to start staking claims.