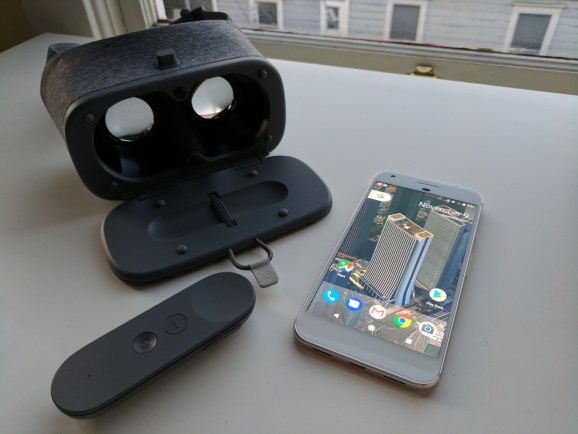 When it comes to VR sales data, most companies aren’t playing their cards close to their chest so much as taping the cards to themselves. We’ve had to rely on software sales to get some inkling of an idea at how headsets and their software are performing.

Thanks to Android’s built-in statistics for apps, we can now do that for Daydream.

Many of Daydream’s apps, some made by notable developers and publishers, don’t appear to have been installed many times. In fact, lots of them have sold less than 5,000 units and could have sold as little as 1,000.

Daydream apps are bought and downloaded from the Google Play Store, just like traditional smartphone apps on Android. The listings for these experiences include a wide window for the number of times they’ve been installed. Hugely popular AR app Pokemon Go, for example, has been installed between 100 million – 500 million times while an unofficial companion app buried in the store has between 100 and 500 installs.

A lot of Daydream apps haven’t yet passed the 1,000 – 5,000 installs window. Looking at it optimistically, the best performing app thus far is YouTube VR, a free and official app that’s been installed between 100,000 – 500,000 times. It’s important to note, however, that some of these may be erroneous downloads. We’re also not sure if people that don’t own a Daydream headset can download its apps, and have reached out to Google to clarify. On the other hand, there are also likely Daydream owners that haven’t downloaded YouTube yet.

We also don’t know how up-to-date the data is. With Christmas having just happened, and no doubt more headsets being sold, it’s possible these numbers have increased greatly and not been updated yet.

We’ve sifted through the biggest apps yet released on the platform, split them up into three launch windows and then listed them in descending price order.