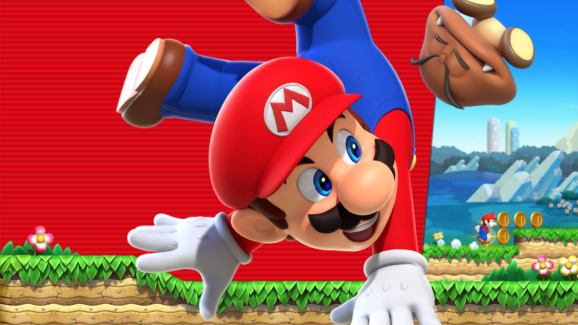 What does 2017 have in store? Here are some thoughts from Storm8, a leading mobile gaming studio, on what we can expect:

With the esports market projected to surpass $1 billion in revenue in 2017 thanks in part to a massive millennial audience, television networks like ESPN and Turner have begun to invest heavily in broadcasting competitive video games like League of Legends (a MOBA, or multiplayer online battle arena, a type of strategy game) and Counter-Strike: Global Offensive (a shooter from a first-person perspective). Popular mobile games like Vainglory (a MOBA) and Clash Royale (a card game with MOBA elements) are already hosting successful tournaments with millions tuning in to their live online broadcasts. Expect a mobile-first game to cross over to national television sometime in the next year.

Mobile game livestreaming is still in its early days. Only a handful of leading games have the elements that are best suited for live streaming: synchronous player-vs.-player competition (Clash Royale), fast-paced multiplayer (Critical Ops, another shooter) and/or a scaled, vibrant community (Minecraft: Pocket Edition). But the combination of thousands of new mobile games launched every week pushing innovation and strong investments from industry behemoths — Apple (ReplayKit Live) and Google (YouTube Gaming) — as well as emerging platforms like Mobcrush, expect to see much broader adoption of mobile game live streaming in 2017.

Since Apple announced a way to facilitate subscription revenue for game developers last summer, a number of developers have introduced a subscription component (Seriously’s Best Fiends Forever, Ubisoft’s Just Dance, Smule apps, etc.). Subscriptions can benefit developers thanks to a higher revenue share with the app stores, customer loyalty, and revenue predictability, presuming a developer can deliver strong enough customer value that leads to high payer conversion. For 2017, expect developers to launch games with fresh new mechanics and/or episodic content that’s consumers value and are much better tailored for subscriptions. By the end of 2017, there will be a new top 50 grossing game that garners more than 50 percent of its revenue from subscriptions.

We will see an increasing number of leading mobile game developers partner with PC/console game companies to leverage triple-A intellectual property. This year already saw the announcement of Nintendo’s Super Mario and DeNA and Square Enix’s Final Fantasy with Mobile Strike dev MZ which married strong IP from the PC/console world with mobile technology’s massive audience reach and F2P mechanics expertise. Expect to see at least five mobile games that crack the top 20 grossing based on PC/console brands  before the year’s end.

It’s an exciting time to be in mobile gaming, and 2017 will be no exception. With over 3.4 billion smartphone users worldwide, the power and potential of mobile is huge – and the gaming industry is using its reach to bring a new era of entertainment to consumers.