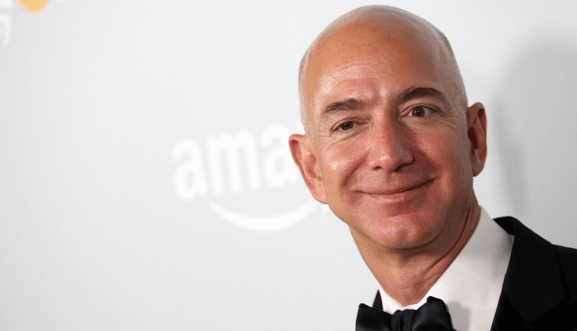 Amazon’s 2016 has been record breaking on many fronts. The company recorded its sixth consecutive quarterly profit (previously, it mostly hemorrhaged cash). Meanwhile, this year marked Amazon’s growing strength in hardware with its hit Echo home automation hub Amazon Echo, and its companion voice assistant Alexa. The company has also become force in entertainment, debuting a line of hit original shows through its Amazon Video Prime service.

It’s hard to imagine how Amazon could top 2016, but here are some likely moves by the Seattle-based Goliath in 2017:

1. Increased emphasis on logistics: Amazon spends billions of dollars each quarter on shipping, and those costs are rising as the company expands to deliver everything from toilet paper to TVs to customers in two days or less. To save money over the past year, Amazon has been seeking to take over more shipping duties from the likes of UPS and FedEx by leasing trucks, planes, and ships. The company is even testing drones to supplement its doorstep deliveries. Ultimately, Amazon may rely more on itself to get orders to your doorstep than ever.

2. Doubling down on artificial intelligence and Alexa: Amazon had a big head start over Apple and Google in virtual assistants thanks to its early bet on the Echo and Alexa, the voice-controlled helper that answers questions, plays music on command, and orders diapers. But Google is trying to catch up with its own rival virtual assistant, Google Assistant, and its accompanying Google Home automation device. Will Amazon lose some of its lead in this emerging market in 2017?

Amazon is betting big on its Alexa investment, highlighted by Amazon CEO Jeff Bezos saying recently that 1,000 employees are working on the service. And his company is still hiring.

You can expect Amazon to start making more deals to get Alexa into non-Amazon devices like its recently announced partnership with GE to put Alexa in smart lamps.

3. Brick and mortar: Next year may be when Amazon truly crosses over from its online roots into becoming a major brick and mortar retail. Amazon ended 2016 with the big news that it had opened Amazon Go, a store that sells prepared foods and grocery staples in Seattle.

To get started, shoppers entering the 1,800 square foot store scan their smartphones on a reader, collect the products they want, and then saunter out the door without stopping. Technology automatically creates virtual lists of what people pick up from shelves (or returned to them) and then bills those shoppers as they leave. It’s unclear whether Amazon plans to open more Amazon Go stores in 2017. This one store, however, is clearly a test to figure that out.

Amazon is also making a slow push into bricks and mortar bookstores, its answer to Barnes & Noble. Amazon uses data from its e-commerce site such as customer ratings and sales to decide which books to stock in its stores. In addition to books, Amazon’s bookstore also lets customers try out and buy devices like Amazon’s Kindle. You can expect the numbers of the stores — now at four — to grow in 2017.

Amazon Is Gunning for Netflix With Global Launch of Prime Video

4. More investment in original content: Amazon is on a massive content binge. It’s been rapidly acquiring movies, TV shows and documentaries in recent months as it looks to compete with streaming rivals Netflix and Apple, both of which are also increasingly developing original TV shows and movies.

Most of Amazon’s original content is streamed for Amazon Prime members as well as for members of the subscription service’s newly launched video-only plan, which costs $8.99 per month. Amazon CFO Brian Olsavsky said Amazon planned to triple the amount of original content over the rest of the year, and it’s probably safe to assume that its torrid investment pace will continue into 2017.

5. India: Amazon continues to invest in in India, where it said earlier this year it would spend another $3 billion to expand its services. If so, its total investment in the region would reach $5 billion. In 2016, Amazon introduced its Prime membership service in India, hoping to repeat the success it has had with it in the U.S. and elsewhere. Amazon has also said that it would add Prime Video to its subscription package, which would give Indian consumers access to more original content featuring Indian filmmakers and actors.