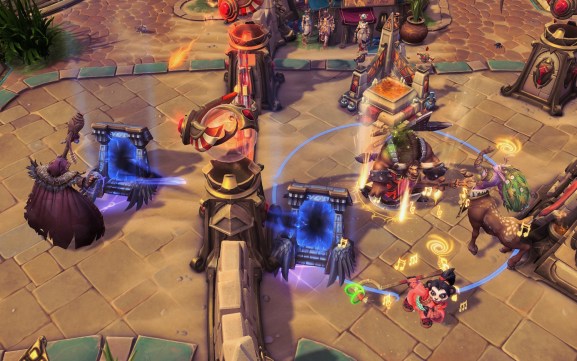 Wrecking buildings in Heroes of the Storm.

Esports team Team Dignitas announced today that it has renewed contracts with its Heroes of the Storm players, ensuring that James “Bakery” Baker, Jérôme “JayPL” Trinh, Thomas “Mene” Cailleux and Joshua “Snitch” Bennett will stay on the team.

The group has also signed Kenn “Zaelia” Rasmussen as a new player. Team Dignitas’ owner is the NBA’s Philadelphia 76ers, which turned the team into a notable example of how the world of real sports wants to get into the $493 million and growing esports market.

Team Dignitas ranked fourth in Heroes of the Storm’s championships at BlizzCon 2016, and the competitors were the only Western team to qualify for and attend all official circuit events that year.

“Team Dignitas is more than just a team to me, it’s a family,” said James “Bakery” Baker, Team Dignitas’ Heroes of the Storm captain, in a press release sent to GamesBeat. “I know I can count on my Team Dignitas teammates and staff to support me in every possible way in my training and development needs. I’m extremely excited and proud to be able to say I am Team Captain for 2017.”