ODG makes AR smartglasses that can overlay computer-generated imagery on top of the real world, helping you see the world around you in new ways. Augmented reality is expected to be a $90 billion business worldwide by 2020, and ODG is positioning itself for that bounty. The company is showing off its R-8 and R-9 Snapdragon-based AR smartglasses at CES 2017, the big tech trade show in Las Vegas this week.

The Snapdragon 835 processor helps those smartglasses come with high performance, good battery life, and lower prices. The R-8 will sell for under $1,000, while the R-9 will sell for $1,800. By comparison, the R-7 smartglasses from a year ago cost $2,750, and the company’s R-6 smartglasses debuted in early 2015 for $5,000. Clearly, the costs for AR are coming down at a healthy rate. To me, it’s interesting to see that Moore’s Law — doubling the number of transistors on a chip every couple of years — is working its magic and bringing the cost of AR down to more affordable levels.

“We’ve made the R-9 customizable with an adaptor at the top that can plug something in,” said Pete Jameson, executive vice president at ODG, in an interview with GamesBeat. “This module expansion port, just above the brow, we have added a connector that is expandable for vertical applications. 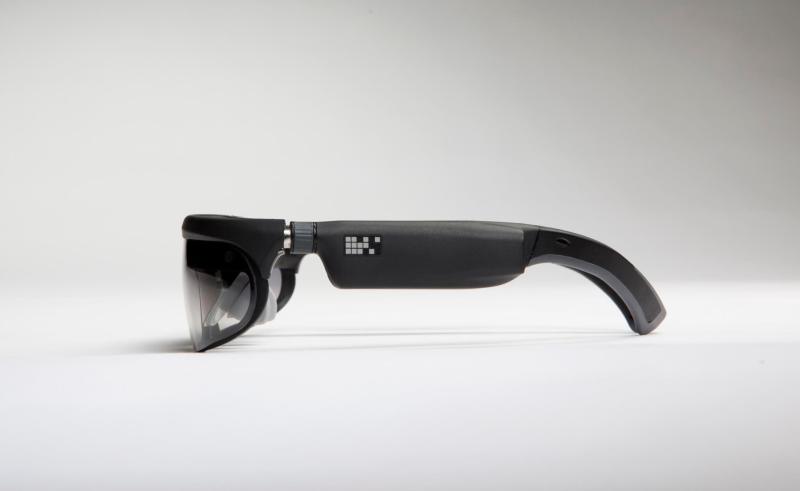 ODG smartglasses aim to transform the mobile experience with a large, beautiful, high-quality screen that offers a more compelling way to connect with and experience content and the world around you. Eventually, ODG believes headworn screens will replace all the other screens in your life.

“ODG’s new R-8 and R-9 HMDs are a big step forward for the company, as the new devices, using the new Snapdragon 835 and better display technology, will mean a more immersive use experience, as well as more opportunity to expand their user base,” said Brian Blau, analyst at Gartner, in an email.

For the enterprise, the glasses are a productivity tool — improving efficiency and safety in a range of environments. For the consumer, they enhance the mobile experience, extending the capabilities of traditional mobile applications and enabling new portable, interactive experiences. Running Reticle OS, an Android-based operating system that has been optimized for headworn computing, the smartglasses are a platform on which you can download, stream and view, browse, game, or have 360-degree interactive experiences.

The R-8 and R-9 have some characteristics in common. They both use the Snapdragon 835 chip. They both play cinematic 360-degree movies. They both have Bluetooth 5.0, Wi-Fi 802.11ac, GPS and Glonass, high-speed IMU for detecting gestures, as well as dual microphones, directional speakers, USB-C, and Reticle OS running on Android 7.0 (Nougat).

The R-9 uses a wide-angle, 50-degree field of view that feels like you’re in the sweet spot of an IMAX theater, Jameson said. The R-9 weighs about 6.5 ounces. It can display at a 1080p resolution. It has a 13-megapixel front-facing camera that can record 4K video at 60 frames per second or 1080p at 120 frames per second. It also has a module expansion slot for extended sensors or cameras. It has 128 gigabytes of storage.

“This is taking our tech and building light enterprise applications and a strong developer platform,” Jameson said.

He said that the R-8 will get the high-end consumer market — for geeks and enthusiasts who are early adopters of new technology — under way. 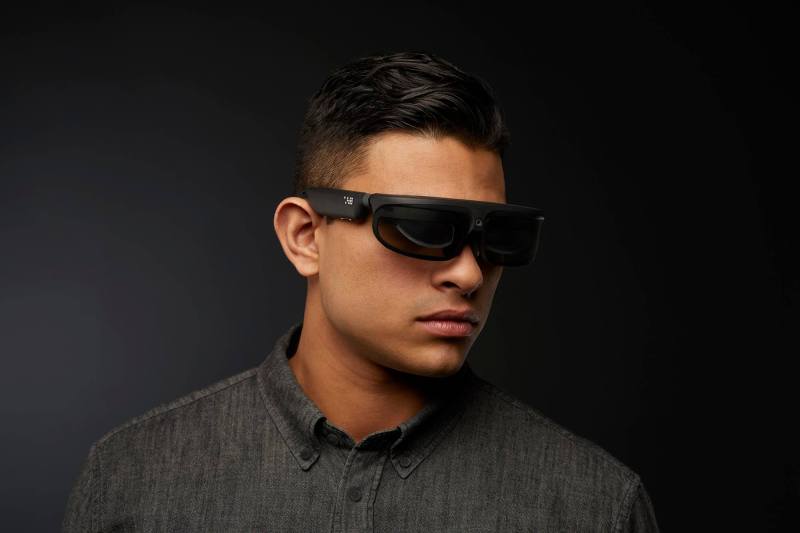 Above: ODG’s smartglasses are lighter and smarter in 2016.

The R-8 has a 16:9 resolution, 720p, and a 40-degree field of view. Instead of the extender connector, the company included two 1080p stereo-based cameras. The device weighs about 4.5 ounces and will target applications such as movies, sports, gaming, navigation, and educational experiences. It has 1080p dual cameras, and 64 gigabytes of storage.

“We think it is a very well-suited for the start of a consumer market,” Jameson said.

Qualcomm is also excited about the growth of AR.

“It’s the first time ever their new flagship chip has been announced on something other than a mobile phone,” said Jameson.

At CES, ODG is partnering with the Fox Innovation Lab from 21st Century Fox.

“The premium Snapdragon 835 processor was designed from the ground up to support new and innovative products and experiences beyond mobile phones, and it’s great to see that the first announced Snapdragon 835 devices will be ODG’s smartglasses,” said Raj Talluri, senior vice president at Qualcomm Technologies, in a statement. “Thermal dissipation on a heavy compute but small device is very difficult, so higher power efficiency is a must. The Snapdragon 835 processor, with our unique SoC design expertise on a 10nm process node, enables ODG to meet their design goals and develop lighter, smaller, and sleeker smartglasses that take advantage of the new processor’s superior performance and power efficiency.”

“As consumers look for more and more out of their mobile devices, we are seeing a shift taking place toward a new era of mobile computing,” said Ralph Osterhout, founder and CEO of ODG, in a statement. “This is so much bigger than just a device, it’s about a whole new computing medium that will transform how we interact and discover information and engage with people and objects in the world around us. The Snapdragon 835 processor’s superior performance and power efficiency allows us to accelerate along the path we’ve been striving toward for so long — in bringing a self-contained, lightweight, and powerful headworn computing device with stunning visual experiences to the consumer. It is an honor to work so closely with the brilliant minds at Qualcomm Technologies and to be the first to announce that we are integrating this latest technology into devices.”

The Snapdragon 835 is in production now and is expected to ship in commercial devices in the first half of 2017.