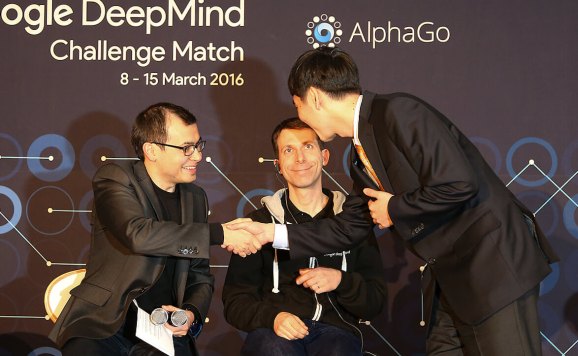 Google’s DeepMind artificial intelligence (AI) research group is back again at the ancient Chinese game of Go. Rather than playing top-ranking Go players in person (with the help of a human to make its moves), now AlphaGo has gone up against players and beat them online — and covertly at that.

“Over the past few days we’ve played some unofficial online games at fast time controls … to check that it’s working as well as we hoped,” Hassabis wrote. “We thank everyone who played our accounts Magister(P) and Master(P) on the Tygem and FoxGo servers.”

This concludes the bout of wondering just who that very good online player was. A report today from China Daily indicates that many people weren’t sure, and that some suspected it was indeed a computer. One player, Gu Li, even offered up 100,000 yuan, or $14,300, to the person who could beat the Go player, according to the newspaper.

In the message posted to Twitter, DeepMind said now that the unofficial testing is done, it’s “looking forward to playing some official, full-length games later this year in collaboration with Go organizations and experts, to explore the profound mysteries of the game further in this spirit of mutual enlightenment.”