Intel showed off what the next generation of virtual reality will look like today with Project Alloy, during the company’s press event at CES 2017, the big tech trade show in Las Vegas this week.

Project Alloy is work in development that captures the notion that VR should be wireless, with all of the computing built into the headset itself, so that you don’t have to be tethered to a PC.

“We are genuinely excited about Project Alloy and where this takes virtual reality,” said Brian Krzanich, CEO of Intel, during the event. He said Intel’s top original equipment manufacturer (OEM) partners will start shipping Project Alloy in the fourth quarter of 2017. 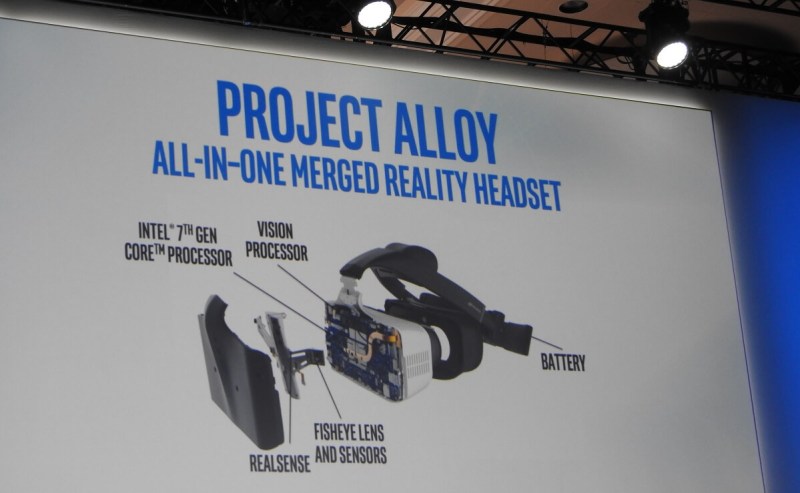 The tech has an Intel 7th Generation Core Processor, a vision processor, a battery wrapped around your head, a RealSense camera, and a fisheye lens and sensors. It’s an all-in-one “merged reality” technology that will let you roam around a room and experience VR.

The demo showed two players wearing headsets in a room, playing a shooting game. They worked at the same time in the same virtual space. Krzanich said it was just the beginning of “unbelievable” VR experiences coming in the next few years.