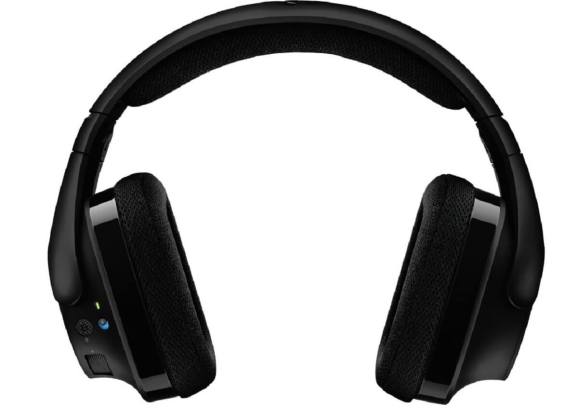 Logitech is unveiling a new wireless gaming headset that it is aiming that mainstream gamers.

The Logitech G533 Wireless Gaming Headset for the PC is being unveiled at CES 2017, the big tech trade show in Las Vegas this week. It’s for gamers who want advanced audio performance and are tired of long wires that get tangled up in things.

Doug Sharp, global product manager for gaming audio at Logitech, said in an interview with GamesBeat that the drivers deliver clear highs and lows with minimal distortion. The surround sound technology accurately replicates 7.1 speaker placement and audio positioning, so you can hear in-game environmental effects and positional audio that game designers intend you to hear, such as how far away enemies are and which direction they are coming from. 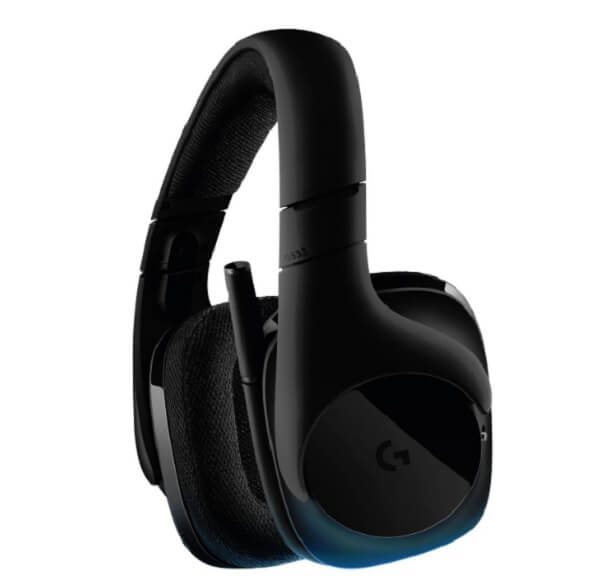 Above: Logitech’s G533 wireless headset, viewed from the side.

You can also tune the volume levels for each of the seven audio channels. The G533 has a wireless range of up to 15 meters, compared to 12 meters in the previous G933 headset.

“We took the things we learned from the 933 and tweaked and improved upon them,” Sharp said.

Sharp said that the headset maintains a strong connection, even in high electromagnetic interference (EMI) settings when there are dozens of wireless signals in the same space. The ultra-low latency wireless connection minimizes lag between your audio and your game, as well as lag free performance while watching movies and streaming media.

At 0.77 pounds, it features a lightweight over-the-ear design, with sports mesh ear pads that are breathable and can be easily removed for cleaning. The G533 integrates the popular auto mute feature for the foldable mic, and also improves on noise cancelling and equalizer (EQ) tuning to provide the clear audio for competitive gaming chat and communications. The new pop filter provides noise reduction for hisses and pops.

The rechargeable batteries last for up to 15 hours on a charge (compared to 12 hours before), and you can replace the batteries as well. Logitech Gaming Software can notify you if the charge is running out. It has a noise-cancelling microphone on a folding, extendable boom for clear voice chat and communications. A volume control roller and mic mute button on the left earcup makes it simple to adjust audio settings on the fly and to automatically mute the microphone, just fold it up.

The Logitech G533 Wireless Gaming Headset is expected to be available at global retailers beginning in January 2017 for a suggested retail price of $150.