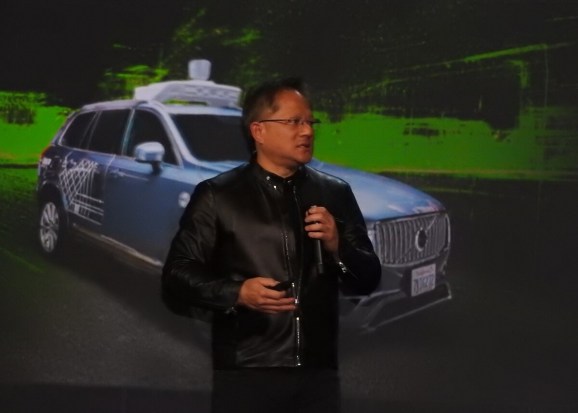 Entertainment nirvana, self-driving cars, and many other advances are just around the corner, thanks to the combination of Nvidia’s creation of the graphics processing unit (GPU) and the software created by artificial intelligence researchers.

That software uses GPUs to run lots of processes in parallel, making all the necessary calculations for pattern recognition. And that will advance AI in a host of applications, according to one of the tech industry’s leaders.

“These achievements were impossible until just a few years ago,” said Jen-Hsun Huang, CEO of Nvidia, in a keynote speech at CES 2017, the big tech trade show in Las Vegas this week.

“We are going through, unquestionably, the most exciting time in the tech ” Huang said. “What we thought was science fiction is coming true as we speak.” He said computer vision, artificial intelligence, and virtual reality will bring to life the Star Trek Holodeck, a sci-fi environment where you can live in a virtual world.

Video games drove graphics chips to high volumes and pushed the technology to its limits. Thanks to games, Huang said that other applications in AI were able to incubate and come to the fore.

“Gaming is no longer just about games,” he said. “Gaming is now the largest sport. eSports has 100 million gamers.”