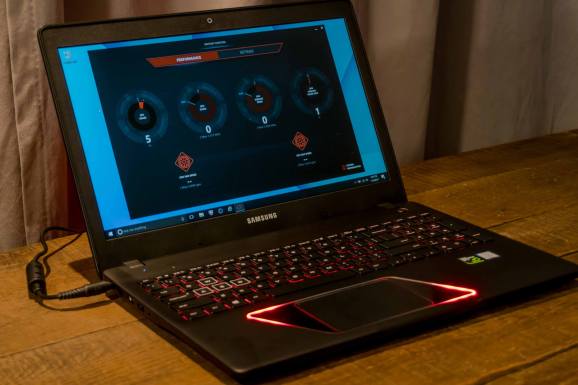 Samsung on Wednesday announced it’s launching a laptop geared for the gaming audience called the Notebook Odyssey. This is the company’s first official foray into the space, but it may leave some gamers wondering why. The computer is available in two screen sizes — 15.6 and 17.3 inches.

In addition, Samsung has refreshed its 15-inch Notebook 9 laptop for those in the U.S. to now include an Nvidia GeForce 940 GX processor chip and an improved design.

Because it’s made for gamers, these laptops include HexaFlow vents that will cool and ventilate the system so that it remains at a suitable temperature. These vents are located at the bottom of the device and can be removed to upgrade storage and memory.

The displays feature a wide-view angle and anti-glare technology with a 1920×1080 resolution in full high-definition. The 15.6-inch laptop has a backlight that goes up to 280 nits in brightness, while the 17.3-inch has one that goes up to 300 nits.

Although not stated, it’s quite possible that the Notebook Odyssey is setting the stage for additional gaming opportunities, such as virtual reality, which requires a high-performing computer to use. It’s possible that with Gear VR and the partnership Samsung has with Facebook, future laptops may be built specifically for that game platform.