Samsung has teamed up with Google to create the Chromebook Plus and Pro, two Chrome OS laptops that are the first to natively support Google Play apps. Both feature 360-degree rotating touchscreens, a built-in stylus, quad high-definition screens, 4 GB of RAM, 32 GB of storage, and more.

The Samsung Chromebook Plus will be priced at $449 and will go on sale February 12 with the beta version of the Google Play Store installed. The Chromebook Pro has not been priced, but will be slightly more expensive than the Plus, and is expected to go on sale later this spring. At that time, the final version of the Google Play Store will also be available.

“Since launching our first Chromebook over five years ago, we have continued to improve the product, developing a computer that not only fits into consumers’ lifestyles, but makes their lives easier, more mobile and more productive,” remarked Samsung’s vice president of product marketing Alanna Cotton in a statement.

There are several differences between the two new computers, with the Pro being geared more towards power users. Additionally, the Plus is equipped with an OP1 processor and internal graphics card, while the Pro has an Intel Core M3 processor and an Intel HD Graphics 515 card. Aside from that, the specifications on both devices are exactly the same — USB Type-C power adapter, microSD port, 12.3-inch 2400×1600 LED display, 2.38 pounds, AirDroid Premium support for 1 year, and more. 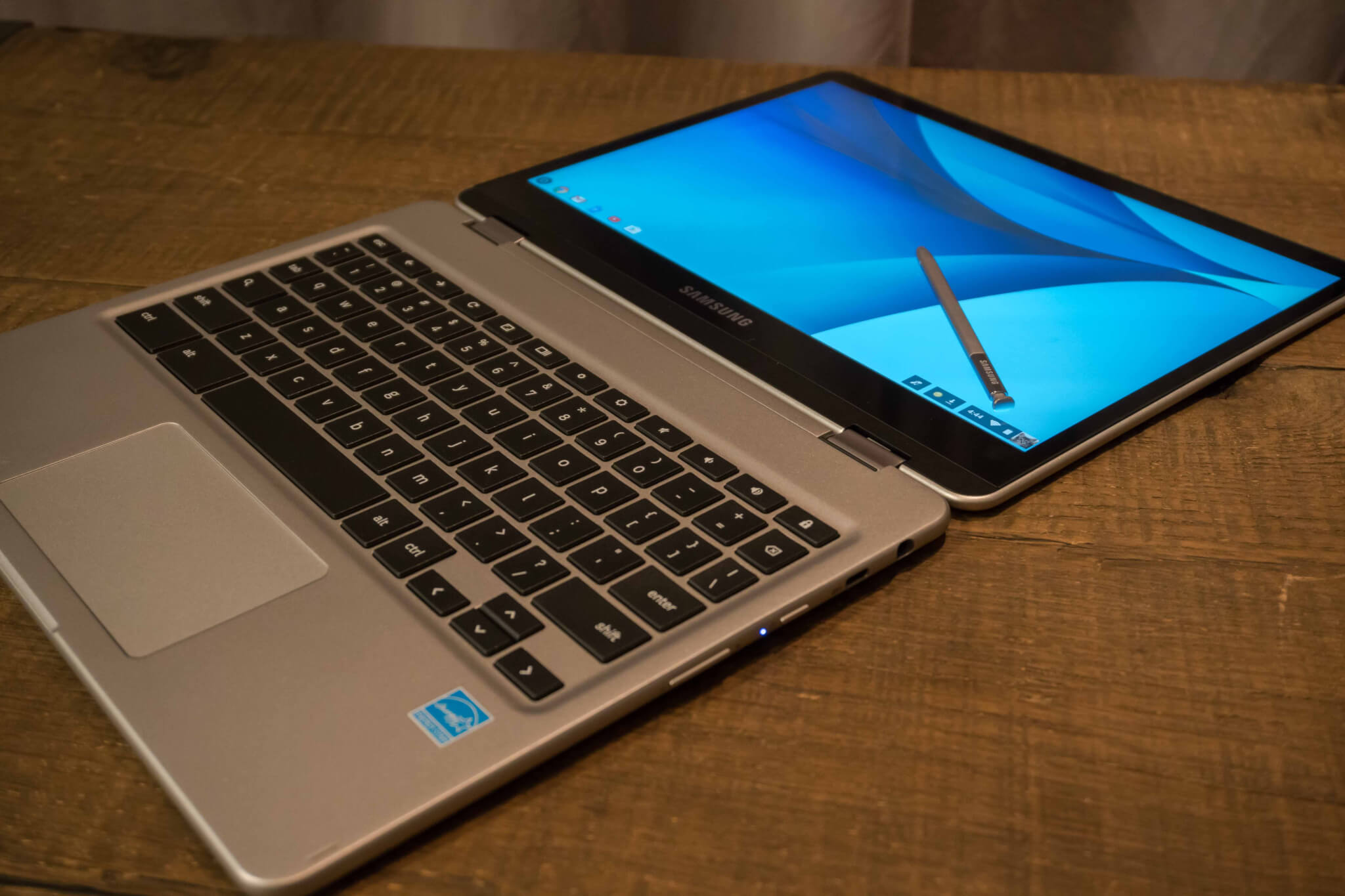 Above: The Samsung Chromebook Pro and Plus features a 360-degree touchscreen display.

In a first for Chromebooks, Samsung has embedded a stylus that lets you write and draw on the screen — but don’t call it an S-Pen. The company made it clear that the name specifically references options and software that had been made for its mobile devices, such as the now-defunct Note7. For the Chromebooks, Samsung opted to develop a separate set of tools for the pen.

While Chromebooks may start to blend in with one another, the Pro and Plus are unique in that they’re the only two to have hardware specifically built around the new Chrome OS, which was announced at last year’s Google I/O conference and began rolling out in September. What this means is now you can bring your favorite Android apps directly onto your Chromebook, and since touch is a prominent part of that experience, both the Samsung Chromebook Pro and Plus are the two devices that support that. 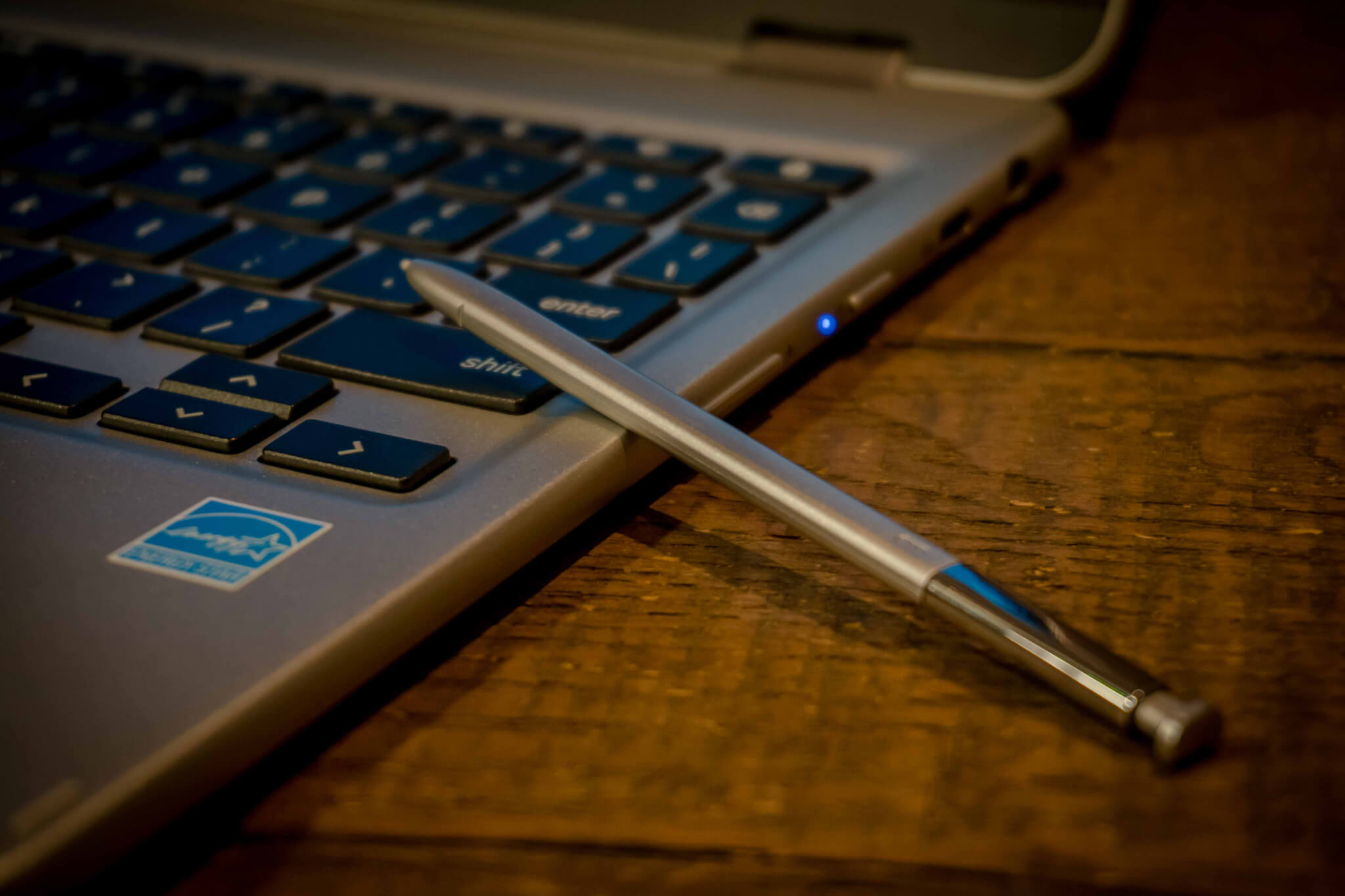 Above: The stylus pen that accompanies the Samsung Chromebook Pro and Plus.

But there are other Chromebooks that offer a variation of the new Chrome OS, including the Flip, R11, and Pixel, just not with the latest hardware refinements. Google said that it will continue to support older model Chromebooks to a point, but had no additional announcements. It also revealed that while Samsung is the first to offer these new computers, Google is planning on working with other manufacturers to expand its lineup.

“With the Chromebook Plus and Pro, we’re partnering with Google to pair a sleek design with supreme flexibility, encouraging users to experience more with Google Play and Android apps, while continuing to provide simplicity, top-rated security and shareability inherent in Chromebooks,” Cotton said.

You can purchase the Chromebook Plus and Pro at Samsung.com, Amazon, and BestBuy.