Advanced Micro Devices has unveiled the first details of its next-generation graphics processing unit (GPU) architecture, dubbed Vega, that will serve as the heart of the PC 3D graphics chips that AMD introduces in the next year or two.

The first chips based on the Vega architecture are expected to debut in the first half of 2017. The Sunnyvale, Calif.-based company believes Vega-based chips will compete with the very best chips that Nvidia has to offer, both with 3D graphics chips for gaming PCs and with Radeon Instinct artificial intelligence chips for servers. With Vega, AMD promises that gamers will be able to play in “rich, lavish virtual worlds.” 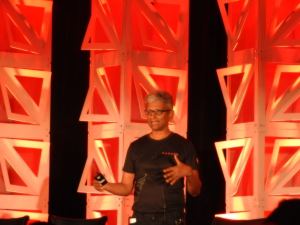 “We definitely know where we are right now, and the competitive trajectories,” said Raja Koduri, senior vice president of the Radeon Technologies Group, in an interview with GamesBeat. “We always count on competition executing well. The great thing that you’re seeing in the 2016 momentum, and also going into 2017, is that we’re competing and fighting in every segment. We’re not leaving any segment to the competition. That’s how we think about 2017. We’re going into every segment.”

He added, “The excitement with Vega is that we’re getting back into the high end of the graphics segment. In 2016 we didn’t have any coverage there.” 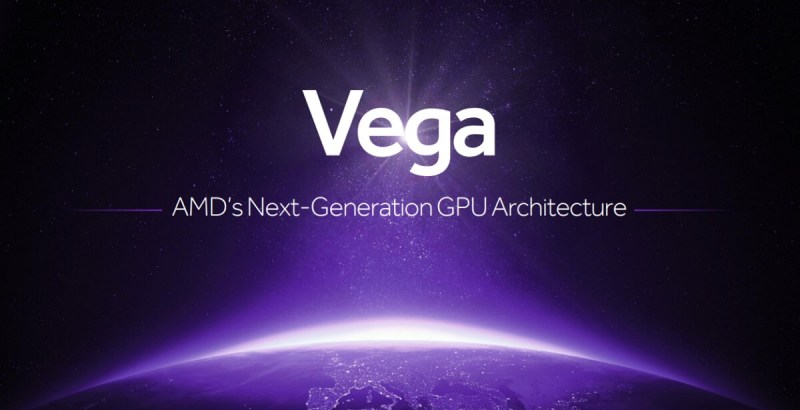 Above: AMD’s Vega graphics architecture is aimed at the high end of games and VR.

AMD showed one Vega card at its New Horizon event in December, showing it could run Star Wars Battlefront at 4K and more than 60 frames per second. And in a demo at an event in Sonoma, Calif., AMD showed Vega-based hardware running the first-person shooter Doom in 4K at 70 frames per second with 100-times gains in energy efficiency.

“Vegas is a GPU architecture for the immersive and instinctive computing era,” Koduri said.

Vega comes with a number of architectural advances. They include a new geometry pipeline, a new compute unit, high bandwidth cache memory, and an advanced pixel engine.

AMD made all of these changes to create GPUs that can scale with an enormous increase in data. Whether game art or other data, data is growing exponentially in modern applications, particularly in apps such as image recognition and visual computing. Meanwhile, growth in processing power has outstripped growth in memory capacity.

That’s why AMD added a high-bandwidth memory cache, or secondary memory that is on the GPU itself. That cache has double the bandwidth per pin in the chip. It also has eight times capacity per stack. The high-bandwidth memory will be half the size of the space required by the current GDDR5 memory. The chip also has a high-bandwidth cache controller that creates a virtual address space of 512 terabytes, far more than in current computers. 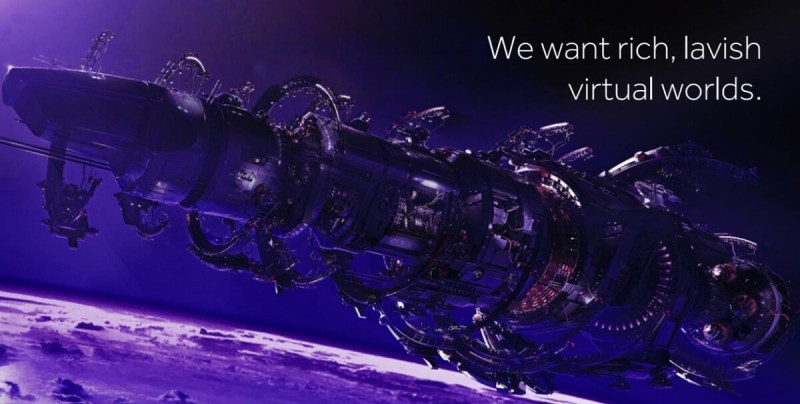 “It’s a really exciting time at AMD when you can see this kind of graphics processing power,” said Mark Papermaster, chief technology officer at AMD. “It’s exponential growth. The challenge is huge. Moore’s Law may be slowing. But we’re going to solve the problem of how you bring more performance in different ways.”

With Vega, AMD brought the cache and memory closer to the processing elements on Vega. That brings more performance with less power.

“There’s more complexity, and it’s changing the way you have to put silicon and software solutions together,” Papermaster said.

AMD has also been moving forward on software. It has invested heavily in Vulkan, its applications programming interface (API) for GPUs. It enables developers to create games that are optimized for close-to-the-metal coding on the PC.

“Having a good graphics architecture is about a third of the battle in GPUs, but a vital one,” said Patrick Moorhead, analyst at Moor Insights & Strategy, in an email. “I believe Vega is a huge step forward for Radeon as it gives AMD a shot at the highest end graphics market which they haven’t seen for a while. AMD still has to show competitive cards in volume and make a profit doing it, but this is their best chance in five years.”