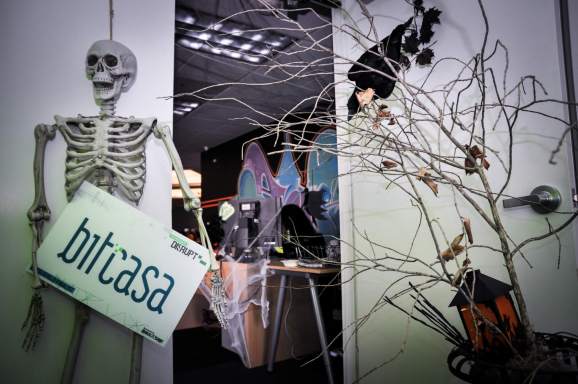 Cloud storage startup Bitcasa today posted a “goodbye” message on its homepage without saying exactly what’s happening to it. In fact, Bitcasa has been acquired by Intel, VentureBeat has learned.

The acquisition is closed, according to a source familiar with the matter. Terms of the deal weren’t immediately known.

“Bitcasa and its platform have become a part of something much, much bigger,” Bitcasa chief executive Brian Taptich wrote in the message on its website.

After this article was published, an Intel spokesperson told VentureBeat in an email that “Intel did not acquire Bitcasa.”

Bitcasa was founded in 2011 by former MasterCard and Mozy employees and was based most recently in San Mateo, California. Over the years, as it dealt with competition from bigger companies like Box, Dropbox, Google, and Microsoft, it stopped emphasizing “infinite” cloud storage for consumers and focused more on winning business from companies and individual developers, by offering white-label cloud storage services and application programming interfaces (APIs). The startup killed its Drive cloud storage service last year; its desktop and mobile apps are no longer available.

It’s not clear what the chipmaker will do with Bitcasa’s team and technology. Previously Bitcasa provided backend storage services for Intel developers, according to Bitcasa’s website. Bitcasa engineers have started working in Intel’s New Technology Group (including the New Devices Group), which works on future initiatives, the source said. “We remain optimistic that, before long (and though you may not realize it), Bitcasa’s technology will yet contribute significantly to fulfilling this mission,” Taptich wrote.