Former camera giant Kodak is setting out to create what it calls “the photography ecosystem of the future,” with the global launch of a new on-demand photography service that connects photographers with brands. 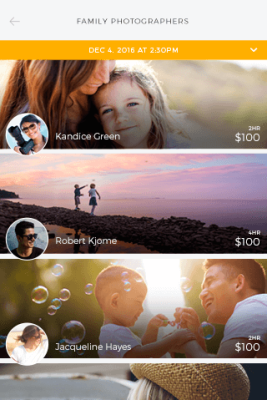 In its simplest form, Kodakit is a marketplace that helps companies find pre-vetted photographers for shoots and helps photographers “connect” with brands, while removing many of the common pain points, such as marketing, booking, pricing, invoicing, and more. Individuals can also use it to secure the services of a photographer to cover a family event or a party. It’s basically an all-in-one platform that manages every stage of the process, and it includes delivery of the images through a private cloud service.

Kodak has come a long way since its foundation in 1888. Once one of the biggest brands in photography, the company suffered as digital photography and smartphones entered the fold in the late 20th century, and Kodak revealed back in 2012 that it had filed for bankruptcy and was exiting the camera business entirely. It emerged from bankruptcy a year later as a technology company with a particular focus on the business realm, though it does offer some consumer products, including an Android smartphone targeted at digital photography enthusiasts.

There are already plenty of marketplaces connecting companies with photographers, including 500px and Snapwire, but it will be interesting to see whether Kodak can leverage its brand and succeed with a comprehensive platform that manages the entire search and transaction process between creatives and brands.

“Kodakit has boiled down a complicated process into a user-friendly platform that addresses a huge and growing need in the market,” explained Kodak CEO Jeff Clarke. “Kodak Founder George Eastman once said, ‘You press the button, we do the rest’. For photographers and companies, Kodakit operates on this same principle. Building upon our longstanding legacy as one of the most trusted names in film and photography, Kodakit will revolutionize how photographers and businesses work together, creating the photography ecosystem of the future.”