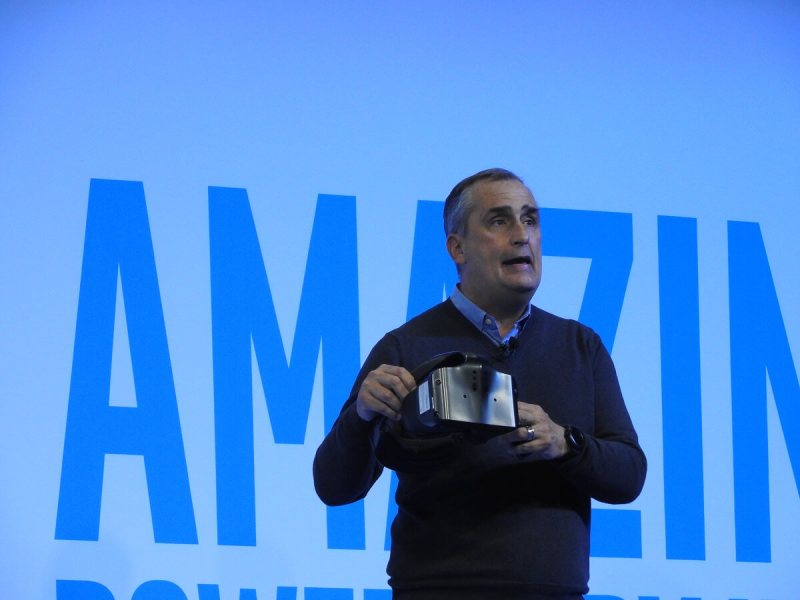 Last year, vendors such as HTC and Facebook’s Oculus carried the torch for virtual reality. This year, the technology has gone mainstream. 70 VR vendors are on the show floor among the 3,800-plus exhibitors at CES. Many are showing headsets, and a lot are also showing 360-degree cameras. Giroptic created a tiny 360-degree camera that can convert an iPhone’s camera into a VR camera.

The exhibitors include big companies such as Samsung, Sony, Haier, Qualcomm, and many others. But VR got its biggest endorsement when Intel’s Krzanich held his CES press conference in virtual reality.

The CEO of the world’s biggest chip maker had more than 260 VR headsets and laptops for the press to show off the wonders of VR travel (like experiencing a parachute jump or visiting a waterfall in Vietnam) and live sports events, such as checking out the action in a live NCAA game.

VR has a long way to go. Krzanich proved that when he showed Project Alloy, which gets rid of the connection to the PC and puts all of the processing power in a stand-alone VR headset, with no wires to hamper your movement. Project Alloy is working and it will likely hit the market in the fourth quarter of 2017. This means that our current headsets are merely stepping stones on the way to a mass market.

This means a lot of the 70 companies are going to die. This does not mean it’s a bad idea. I remember in the 1990s when we had 70 graphics chip companies. We wound up with Intel, AMD, and Nvidia as the survivors. But that doesn’t mean the graphics chip was a bad idea. Far from it. Such a Darwinian evolution is how we wind up with the best consumer products. VR is only part of the way down this path, and a lot of people at CES are betting that it will find its way. 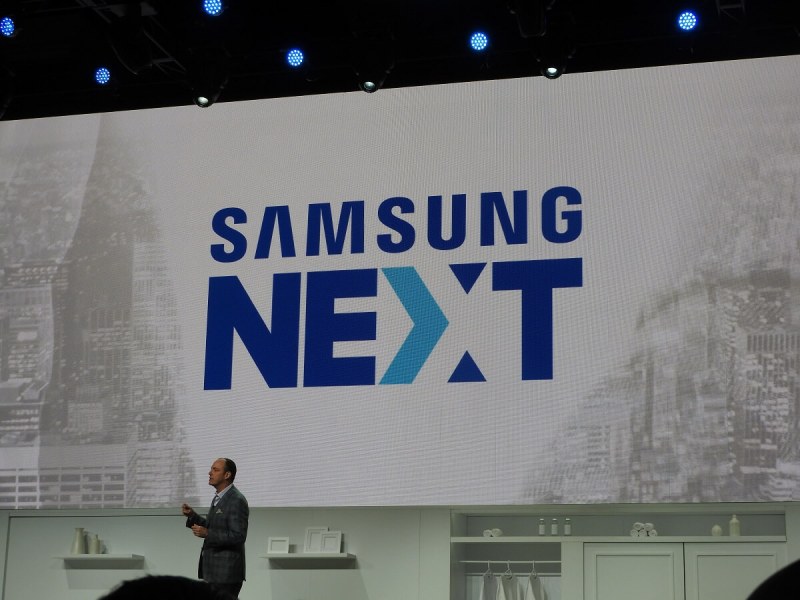 Tim Baxter, head of Samsung Electronics North America, didn’t directly apologize for the disastrous Samsung Galaxy Note 7 smartphone, whose battery was at risk of exploding or catching on fire. But at the beginning of Samsung’s CES press event, Baxter addressed the elephant in the room.

“It was a challenging year for Samsung,” Baxter said. “Many of you saw media coverage about the Note 7. We continue to work with third parties to understand what happened and make sure it doesn’t happen again. Very soon we will share the root cause report on the Note 7. We have not, nor will we ever stop, innovating.” He later added, “Yes we are reflecting, and yes we are listening.”

It wasn’t too much, and it wasn’t too little. I appreciated the directness of it, and I expect that this incident will create lessons for every tech company when the matter is said and done.

Innovation hides in the corners 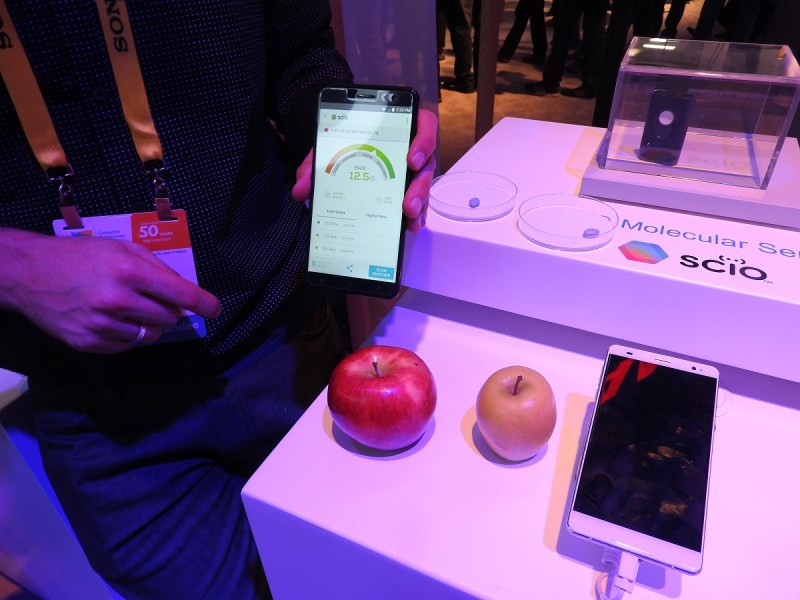 Above: Changhong’s H2 smartphone can identify a sweet apple and fake Viagra.

If you look hard enough at CES, if you put in the miles, you’ll find some hidden gems. That’s the way it is with innovation. You can find it in unexpected places.

I visited the booth of Changhong, a big Chinese electronics company that had a lot of me-too products. But in one of the corners, it had something that no one else had: the H2 smartphone with a built-in Scio sensor from Consumer Physics. That material sensor can be used to scan any object and identify its molecular make-up.

Scio used the H2 to show me which of two apples was sweeter. And it showed me which of two pills was a real Viagra pill, and which was a fake. Diet Sensor showed how the H2 (and an accompanying weight sensor) could identify how many calories were in the food that you are about to eat. This new kind of sensor and app — which was brought to market by Changhong, Consumer Physics, Analog Devices, and Diet Sensor — can have virtually limitless applications.

Shapiro said he was amazed to see the odor detection device from France’s Aryballe Technologies. The NeOse is a portable smell detector that uses optical technology to identify smells and tell you whether they are dangerous or can otherwise be identified.

These two sensors were refreshing reminders that you don’t always find the most interesting technologies on the big stages. 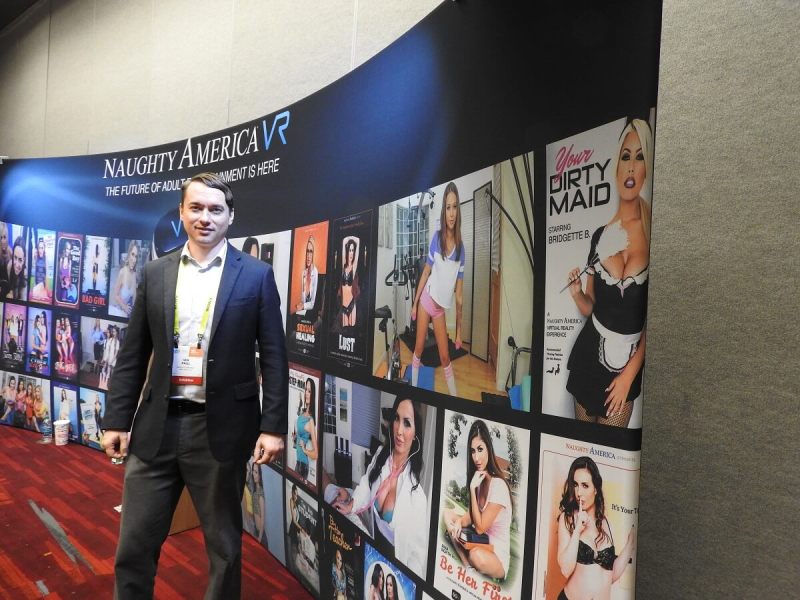 Above: Ian Paul of Naughty America at CES 2017. 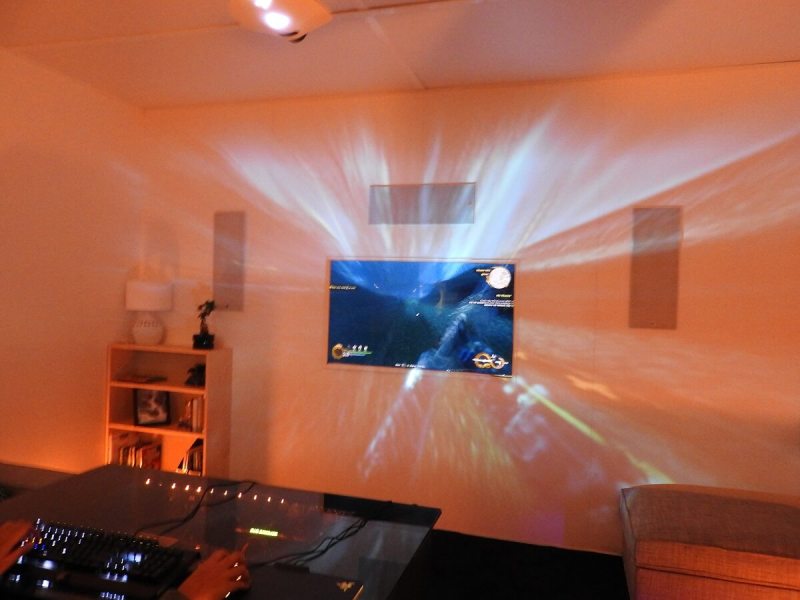 Razer has made its name creating technologies that cater to extreme gamers. That has paid off well with a loyal following for its products and crazy ideas that appeal to the hardest of the hardcore.

At CES, Razer showed of Project Ariana, which takes a game and projects it onto an entire wall of your room, and Project Valerie, which is a laptop with three screens. Two of those screens fold out and give you an immersive view of the action in your games. Both projects are experimental for now, but they’re great crazy ideas. 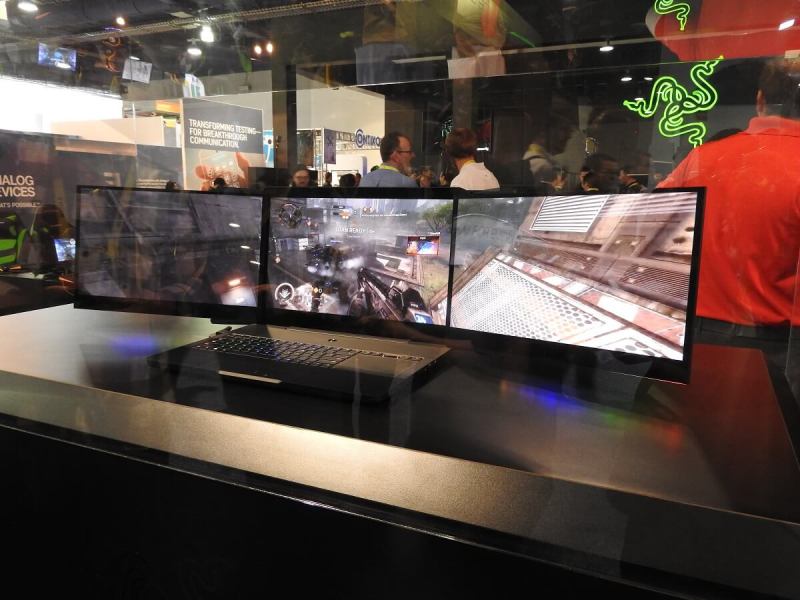 Above: Razer’s Project Valerie is a gaming laptop with three screens.