Chinese tech company Changhong unveiled a new smartphone, the H2, that can scan objects to determine their molecular authenticity. I saw a live, hands-on demo of the smartphone’s sensor, where the company demonstrated how it could tell the difference between a real Viagra pill and a fake one.

It also told me which of two apples was sweeter and how many carbs were in a piece of cake. The H2 uses Scio molecular identification technology, developed by Consumer Physics and refined in partnership with Analog Devices (ADI).

The H2 is the first smartphone to employ this identification technology, which uses spectroscopy sensing techniques, as well as cloud computing, to identify objects. Changhong (known formally as Sichuan Changhong Electric Co.) showed the H2 at CES 2017, the big tech trade show in Las Vegas this week. 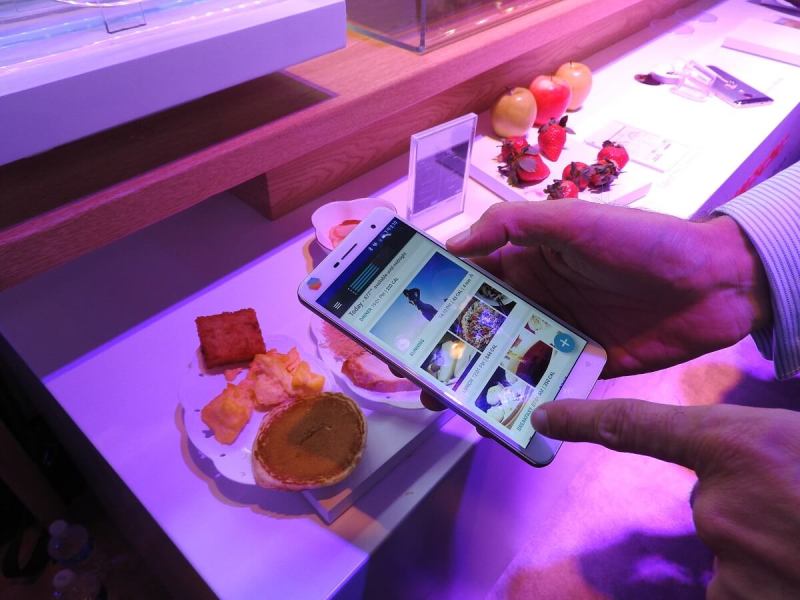 Launching this year, the Changhong H2, with its advanced molecular material sensing and identification technology, will allow consumers to scan material and immediately receive actionable insights based on the object’s underlying chemical composition.

Remy Bonnasse, CEO of Boston-based Diet Sensor, said his company developed an app around the Scio sensor that you can use on the H2 to identify foods and their makeup. (It also works with a stand-alone Scio sensor launched as a separate device last year). The Diet Sensor app can weigh foods to get their mass, using a scale that is sold separately. Then it calculates exactly how many calories or carbs you are getting with a particular piece of food.

Bonnasse said his interest in creating the app goes back to his own family situation. His daughter has diabetes, and she has to watch her sugar intake. Bonnasse developed the app to enable her to monitor her food intake and avoid the dangerous episodes that come from ingesting too much sugar. Diet Sensor launched on iOS in November and is now making the app available on Google Play on Android. With this app, you no longer have to log your food and make estimates as to the number of calories it contains.

“I need to count calories every day for my daughter,” Bonnasse said. “We are making this information available immediately for people who need it. They get immediate access, and that can change their behavior. And it can make a difference in their lives. I know for the diabetes industry this is very important.”

Diet Sensor has begun logging a lot of different kinds of foods, making it easier to improve the results for subsequent searches and scans.

Changhong worked closely with Consumer Physics and ADI to develop and manufacture this first-of-its-kind smartphone. Since collaborating in early 2016, ADI and Consumer Physics have worked to miniaturize the Scio sensor for integration into a wide variety of connected devices. 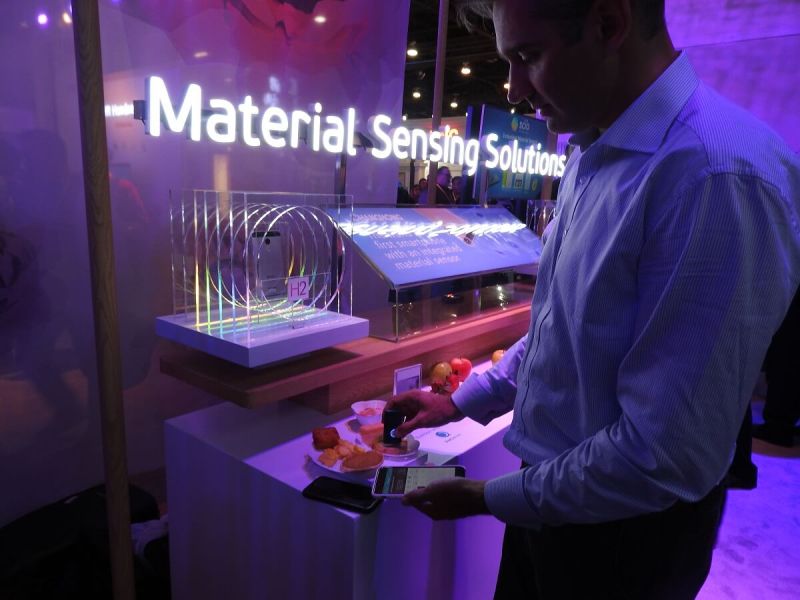 Above: Remy Bonnasse, CEO of Diet Sensor, shows the H2 at work.

Using Changhong H2, consumers can analyze the properties of foods, liquids, medication, body metrics, and more. This will give consumers new ways to improve their personal wellness, select the best fruits and vegetables, stick to their diets and nutritional needs, and verify product authenticity. Changhong is also working to create a broad ecosystem of mobile applications that utilize the Scio sensor for a wide range of use cases.

Everything in the world is made of molecules and, theoretically, the H2 smartphone can be used on almost any material. When Consumer Physics showed me how to distinguish which apple of a pair was sweeter and ran the Viagra test for me, the results were instantaneous.

Compared to regular smartphones, the Changhong H2 is 20 percent more energy efficient. It has a unique, six-inch, extra-large, high-resolution screen and a 2.0GHz/8-core CPU.

Changhong was started in 1958, and it has been the biggest maker of TVs in China for 18 years. In 2015, its revenues were $15.1 billion. Dror Sharon, CEO of Consumer Physics, told me that Changhong is the first of a number of new partners coming for the Scio. Consumer Physics is also showing the Scio integrated into other products, like a smart bottle.

Here’s a demo of the H2 identifying fake Viagra.