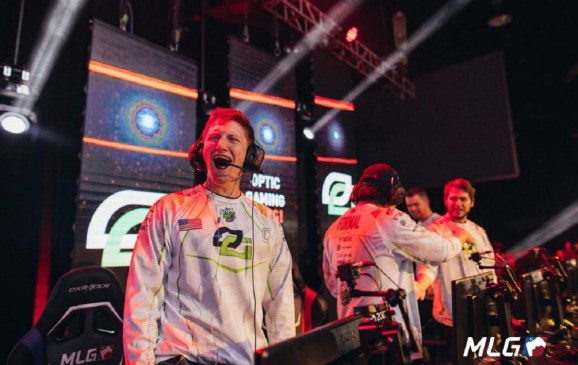 Mainstream sports are finally recognizing the untapped potential in video games as spectator sports. Three NBA team owners recently bought stakes in esports teams, and other investors are clamoring to invest as the industry is soaring. With this growth comes a slew of questions on how to best manage revenue and growth, in an industry already valued at nearly $500 million.

Sponsors and advertisers eager to monetize massive viewership numbers are propelling the growth of esports. According to market research firm Newzoo, the global esports audience was 226 million in 2015, indicating a year over year growth of 27.7 percent.  As professional gaming teams have grown in popularity, the number of unique users playing the multiplayer online battle arena strategy game League of Legends has gone from 11.5 million in 2011 to 100 million in 2016.

Eighty percent of 115 million esports enthusiasts are 25 and under.  Millenial hHabits among this age group, which include watching less traditional television, consuming more content on mobile devices, and connecting globally rather than locally, are well suited to esports viewing consumption. The world’s top competitive teams do not reside in the U.S. today; most are in Asia and Europe, unlike the NFL and NBA, where the best teams are in the United States. This allows for a broader audience that’s not limited to one main geographical area. Another attractive element of esports is that fans enjoy the accessibility of players, who are readily available for fan photos at events, and connecting with other fans through platforms like Twitch and Twitter.

Still, esports faces some barriers in its race to success. One of the biggest problems is the lack of long-term contracts with players and regional teams, which makes building team loyalty next to impossible.  While efforts to engage fans ensue by creating behind-the-scenes content, without these contracts, fans follow the players and not the teams.

Other ways that the industry can ramp up viewership and support is to build more collegiate and amateur leagues on a community level, like those that exist for traditional sports. Every league will be able to sell physical merchandise, digital goods, and subscription services, which will build the monetization efforts for the eSports industry. In addition, the opportunity to create unique reality content, documentaries and commentary will pique interest for the casual viewer.

Monetizing live events through ticket sales, especially nonplayoff tournament competitions, will help generate revenue. Typically, tickets for live events are sold quickly and then resold on secondary ticketing sites for much higher prices, indicating a lost opportunity to generate more revenue by the teams and industry themselves.

Industry associations will wield more influence and demand rights and standards from publishers as eSports momentum gains. Publishers are already responding to the gaming community’s demands for new features. For instance, Riot Games added a practice tool feature for individual training. Soon, publishers will need to rely on outsourcing to third party operators to run leagues for their games.

As esports gains popularity, the need for rules and regulations becomes more apparent to provide stability within the industry. Currently, players are able to train for an unlimited number of hours per day, which ultimately hurts the them. Increasing regulation for players should include putting a cap on training hours, guaranteeing minimum salaries, and creating guidelines around salaries and termination.

Protecting players’ rights will help to lengthen their careers, and increase their value ,which will enable the players to negotiate long-term contracts. By doing this, viewers will be more loyal to teams than the individual players themselves. On a team level, there should be a minimum spend on teams and a minimum number of support staff, including coaches and analysts.

Regulations for publishers would likely include guaranteeing franchising spots, setting a number of games per season, and a lockdown of game play for a certain period of time before a match. At times, publishers patch games last minute before a match. Certain game characters are buffed (made stronger) or nerfed (made weaker). These patches can change things on the game map that affect gameplay and can cause problems for players who have practiced under a certain set of rules and expectations. This would be akin to the NFL changing the gameplay so a first down was earned on 15 yards and not 10 yards, right before Super Bowl, or if the NBA raised the basket 3 inches before playoffs.

It is likely that more industry associations, like the Professional eSports Association, will form as investments begin to flood the space.

Will esports viewing eventually eclipse traditional sports viewing in sponsorship opportunities and monetization? It is too early to tell, but new games are entering the eSports arena at a rapid clip, with live events happening in sold-out stadiums. Stakeholder protection is crucial to managing growth of the industry wisely. Once a hobby, video game play is entering a level of professionalism and revenue generation that is serious business.