Question: Looking at the Shield and Spot, do you see any of the interaction there? Are you able to improve those products based on people’s interactions with them, or does it all go straight to Google?

Huang: We’re not intending to collect any data. We’re going to use Shield’s local processing and all of its sensing ability because the Spots—there are multiple Spots in the room. We’re going to put Spots everywhere. When the Spots are plugged into the wall – you don’t have to charge them – it’s going to triangulate the sources of sound and do that quite well. We’re going to take that voice data, that voice signal, and do the processing on Shield. The processing is going to be a deep learning network that does voice synthesis and voice recognition. It’ll be able to do that quite quickly. Then we’ll send that information to the cloud.

Question: Since you expanded the Shield TV with all these new features, do you have a border with the Nintendo Switch? Is there anything you’re not going to do, like more tablet work? Is there some way that the Switch fits in with the Shield TV ecosystem?

Huang: Nintendo Switch is a game console. It’s very Nintendo. That entire experience is going to be very Nintendo. The beauty of that company, the craft of that company, the philosophy of that company—they’re myopically, singularly focused on making sure that the gaming experience is amazing, surprising, and safe for young people, for children. Their dedication to their craft, that singular dedication, is quite admirable. When you guys all see Switch, I believe people are going to be blown away, quite frankly. It’s really delightful. But it has nothing to do with AI. 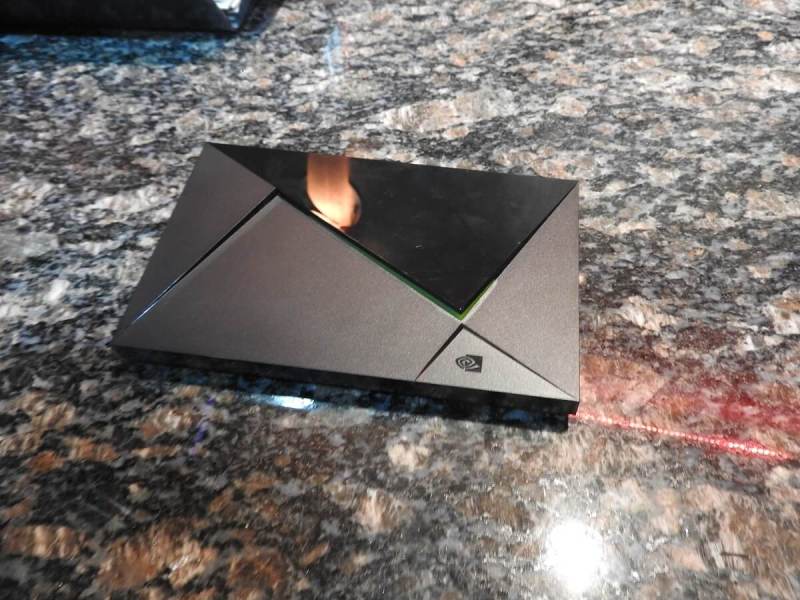 Question: You explained the process of data collection with Spot. Can you give us your take on this kind of connected environment as far as protecting users’ data from hacking and other privacy issues?

Huang: I don’t know that my take on cybersecurity is any more novel than—hacking isn’t enhanced because you’re talking to a device. Cybersecurity still has to be good. We still have to encrypt all of our transmissions. We have to be rigorous passwords and do all these other things. We still do that. This is no different from a Bluetooth speaker. All the transmissions are encrypted. It doesn’t change the situation. Cybersecurity is just as important.

Question: But the problem seems to be getting bigger and bigger with the number of connected devices in the smart home. Do you think the industry is good enough at protecting all of that?

Huang: That’s the challenge of a connected world. I don’t know that I can give the answer you need.

Question: I’ve seen you speaking many times over the years, always wearing the same jacket. [laughter] How do you feel about where you are, after Nvidia has come so far and is growing so fast?

Huang: It’s very clear that we’re entering a new era of computing. When we all came into the industry, it was during a time when mainframes and minicomputers and client-server were declining in popularity. Personal computers were increasingly successful. The PC industry came. The internet came. Mobile came. For some reason, these phases always last about 10 or 15 years. Over the course of the last 10 or 15 years, technology has galvanized to a point where it’s now possible to do AI.

AI, as you know, is a dream that everyone’s had about the potential of computers for a very long time. For the first time, because of deep learning and because of GPUs making deep learning practical, we’re seeing a new tool that has reignited the AI revolution. That’s where we are. We’re in the middle of that. We’re in the middle of a world, in this new computing era, where the work we’ve been doing for 25 years is more important than ever. It’s a privilege to be at the center of the AI revolution. We’re moving and investing as much we possibly can.

Question: Are the AIs in cars going to be connecting to other parts of the world? Is bringing in Google Assistant maybe an opening for them to compete in the car space? Do you plan to build AI for other parts of our lives?

Huang: If you saw my diagram, on the upper right side it showed these AI assistants. These assistants could be IBM Watson, Microsoft Cognitive Services, Cortana, or Google Assistant. There’s a whole bunch of AI assistants that the car will be connected to. The natural language understanding has to be running in the car, because the car has to interact with you quickly. You’re driving. You don’t have much patience. You can’t ask the car to do something and then wait for it to spend some time thinking. You want natural language understanding to interact with you very quickly.

However, the assistant itself, the AI of information, will be in the cloud. You should be able to decide for yourself, as a customer – do I want to us this assistant or that one? That should be a choice every car-maker offers. 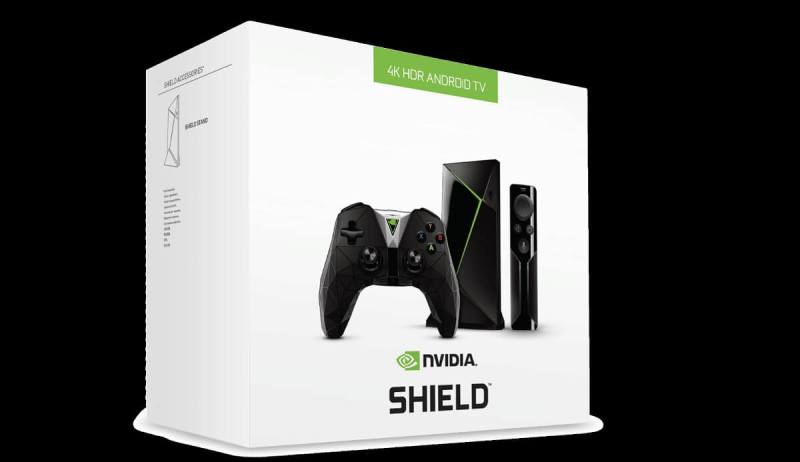 Question: Given where your partnerships are, do you see Germany as leading in autonomous driving technology? Do the U.S., Japan, and China have a chance to compete?

Huang: China and Japan are moving very fast. We just haven’t announced anything. As you know, Japan—if there’s a country that could benefit from AI, it’s Japan. AI is the core technology for the future of robotics. Robotic manufacturing is still very much centered in Japan and Germany. They’re the centers of the automotive industry. Those two industries both benefit greatly from AI. I have a lot of confidence that Japan and China and the rest of the world will have plenty of news to share in the coming year with respect to AI.

Question: You guys are doing well with your GPUs and the self-driving car market. You’re in the new Nintendo console. Why did you feel it necessary to come out with the new Nvidia Shield, a new home entertainment device, and address the consumer market that way?

Huang: We worked on Shield because we felt that the home computer market, the home computing platform, could be revolutionized. There was a time when people thought that your personal computer was your home PC. But it just happened to be a personal computer that was sitting at home. I believe it no longer does that. When all of us leave our houses, all of our computers leave with us. Our house is now empty. There are no computers inside. I’ve always felt that the house, like the car, will need a computer. That computer will do all kinds of interesting things that are specific to being at home. There’s enjoying content. There’s communication. Yesterday we talked about AI, so that it can control a smart home. It can communicate and engage with you very naturally. We’ve always felt that computer needed to be built.

The question is, in what way would it be built? I thought that Android and being connected to the cloud was a perfect way of doing that. The computing model was great. In the long term, the AI component is so important that I thought the Shield was a good way to do that. That was essentially the idea behind Shield. It’s becoming more and more true than anything.