Razer specializes in being daring when it comes to entertaining gamers. Its Project Ariana, shown off at CES 2017, the big tech trade show in Las Vegas this week, is a case in point.

With Ariana, Razer lets you play a PC title on the TV or monitor on your wall. But a gaming projector works in tandem with the TV and splashes images from the game’s periphery on the rest of the space. You get a virtual light show, with immersive imagery cast upon your entire wall and furniture. I got a hands-on demo of Ariana, which is currently an experimental technology, at CES.

The projector takes environmental information from a video game and projects it around a room, virtually engulfing a player in real-time action. 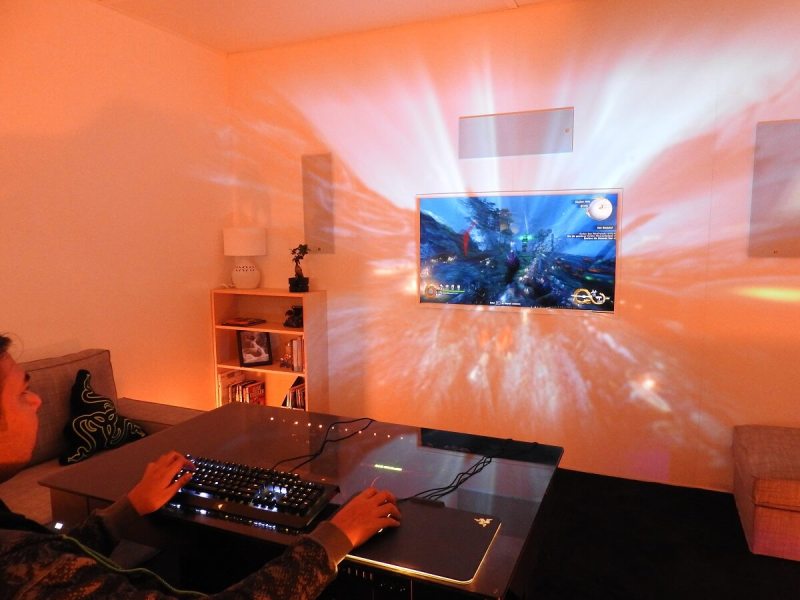 “We see Project Ariana as the future of gaming immersion and a great showcase of what our Razer Chroma lighting technology can do,” says Min-Liang Tan, Razer CEO and cofounder, in a statement. “It’s great to see that consumers and editors agree on how exciting this innovation is for gamers. Project Ariana is able to offer a virtual reality experience without a headset and which can be enjoyed by everyone in a room.”

The projector experience is combined with custom lighting features on Razer gaming products and ambient smart lighting and THX-certified surround sound devices. Each element is able to react with games in real time by way of Razer Chroma software for an immersive visual and auditory experience.

Razer plans to develop Project Ariana into a consumer-ready model by the end of this year. The company is welcoming feedback on Razer’s Facebook and Twitter pages for those interested in shaping the future of the projector prototype.

Here’s a video of the Project Ariana demo.