MyTomorrows, an online platform that connects physicians and patents to early-stage drug research and development programs, has raised €10 million ($10.5 million) in a funding round co-led by Octopus Ventures and EQT Ventures, with participation from existing investors Balderton Capital and Sofinnova Partners.

Founded out of Amsterdam in 2012, MyTomorrows essentially collates data on medical conditions, clinical trials, and related early-access programs around the world, including drugs that have been approved by regulators in other countries. It then shares this information through a database that’s open to anyone. At the time of writing, it claims to hold data on more than 300,000 “ongoing and historical clinical trials.”

On the one hand, MyTomorrows serves medical professionals and their patients with access to useful data, but it’s also a useful tool for drug developers, as they are given access to potentially millions of new program participants. 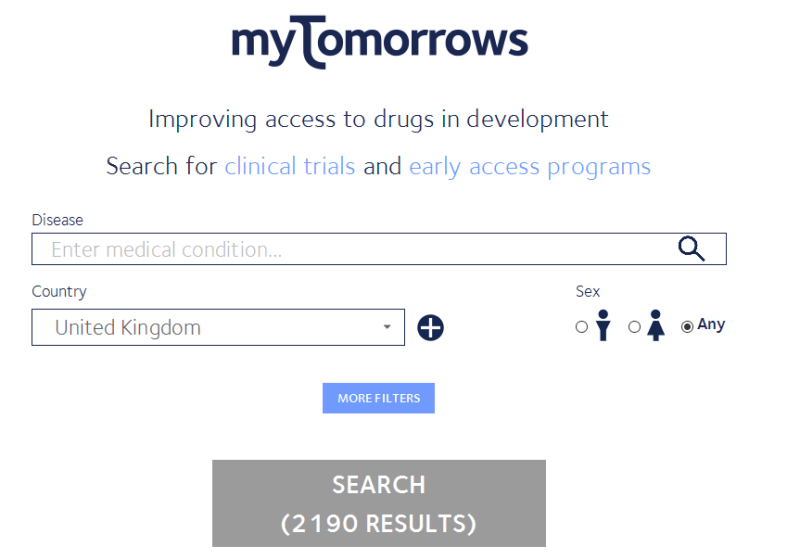 The company had raised a little more than $10 million before now, and its latest cash injection will be used to “further accelerate investments in technologies and talent” in its push to open up access to early-stage drug trials. More specifically, the company will look to scale its platform to the U.S. and Asia, as well as continuing in its existing markets in Europe, Latin America, and the Middle East, where it’s currently active across 17 countries.

“We believe we have backed a world-class team that has the experience and skill sets to push this business to the fore of the market,” explained Luke Hakes, investment director at Octopus Ventures. “They are tackling a real problem with a real solution, which will genuinely have a positive impact on users’ lives.”

MyTomorrows isn’t the only clinical trial-related company that’s attracting investment. Back in October, Los Angeles-based Science 37 raised $31 million for its mobile-first approach to running clinical trials, helping to eradicate geographical barriers and making it easier to connect patients with scientists and researchers.