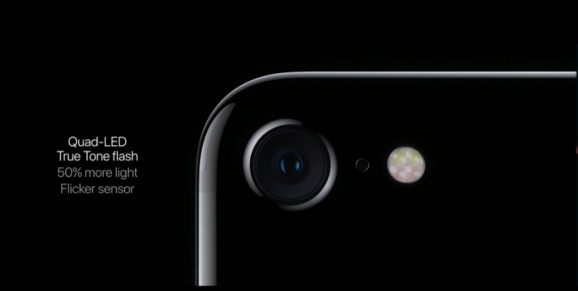 Today marks the 10th anniversary of the day Steve Jobs took to the stage to introduce the world to the Jesus phone, er, iPhone.

His keynote that day began with icons for a phone, a compass (for the Safari browser), and an iPod rotating behind him as he uttered his now-famous quote:

“Three things: A widescreen iPod with touch controls. A revolutionary mobile phone. And a breakthrough internet communications device. An iPod… a phone… and an internet communicator… An iPod, a phone… are you getting it? These are not three separate devices. This is one device! And we are calling it iPhone.”

Yes, okay. But…what he didn’t emphasize at the time is the feature that has arguably become the iPhone’s most transformative: the camera.

“They did not foresee at that time the way the iPhone would become the default camera of a large swath of iPhone users,” said Shawn DuBravac, chief economist of the Consumer Technology Association. “The iPhone’s marketing now is all about its camera.”

Indeed, the rear-facing 2 megapixel camera on the first iPhone didn’t seem to be a harbinger of much. After all, the BlackBerry had a camera. Nothing new here, right?

But the original iPhone also didn’t have the App Store, which wouldn’t launch until 2008. DuBravac said that what happened next is one of those fun, unpredictable turns that technology sometimes takes when it seems to almost magically seek out its own best use case. Faster cellular networks, faster chips, apps, Wi-Fi, all conspired to make the smartphone camera a game changer.

With the advent of the App Store came camera apps. And Apple, recognizing that users were snapping a lot of photos, poured resources into its development. In 2010, we got the iPhone 4 and its first front-facing camera.

“When we put a camera on the front of the phone, we didn’t fully know what it would do,” DuBravac said. “But it gave us many new services, and, of course, the selfie.” (We didn’t say all of them were good!)

Consider, then, that Snapchat launched in 2011 as an iOS-only app, as did Instagram. Their Android versions would come later, but for camera apps to focus first on iOS remains a common strategy today.

By 2013, Apple’s marketing campaign claimed that more photos were being taken by the iPhone than by any other camera in the world. And the company’s marketing shifted to focus on that, as did its keynotes for each new version.

For your nostalgic viewing pleasure, here are a few samples of Apple’s iPhone camera marketing:

And, of course, the iPhone keynote, because what else could possibly be more important to watch today?