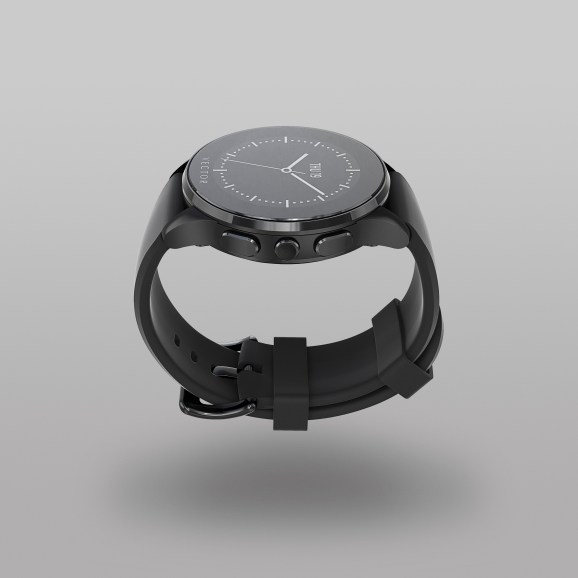 Fitness wearables brand Fitbit has made yet another acquisition in the smartphone realm, snapping up the team and software platform behind European smartwatch maker Vector Watch. Terms of the deal were not disclosed.

Vector Watch launched last year with an array of 12 fashion-conscious smartwatch models across Performance, Contemporary, and Classic styles, each promising a battery life of 30 days. Headquartered in London, with a core development hub in Romania, Vector Watches were evidently aimed at fashionistas and promised a number of key features, including activity tracking, as well as mirroring all alerts received on your Android or iOS device. The Vector Watch also came with a series of additional apps for third-party services like The Economist, ESPN, and BBC World News. However, each of these apps was built in-house, which was one potential problem we highlighted at the time. Any emerging smartwatch brand faces an uphill battle getting third-party developers to build apps for its platform, especially with so many brands on the market already, including Apple Watch and a slew of Android Wear devices.

Smartwatch sales are now reportedly in free fall, with shipments declining by more than 50 percent year-on-year, according to recent IDC figures, so it’s perhaps unsurprising to see Vector Watch hit the skids. The acquisition news comes a month after Pebble announced it was shutting down, with Fitbit once again on hand to acquire its assets, including the development team. That Fitbit is taking on Vector Watch’s team is further proof that the company is pushing to bolster its own in-house development.

The full statement is as follows:

Today, we are happy to announce that the Vector Watch team and our software platform are joining Fitbit, the leader in the connected health and fitness market! We believe this is an important milestone as a moment when we will start building other new and amazing products, features and experiences, incorporating our unique technology and knowhow with Fitbit’s experience and global community.

Our aim is to make our integration in the Fitbit family as seamless as possible with no impact on you, our customers. Our smartwatches will maintain functionalities and features. You will continue to enjoy the Vector Watch experience: a 30-day battery life smartwatch, with customizable watch-faces and dedicated streams. However, new product features (software and hardware) will not be added.

It has been an impressive journey and we thank you all for your enthusiasm and dedication to our product. From the start, we have unceasingly strived to offer an elegant and efficient smartwatch and staying true to our credo: create a timepiece that will give you time for what truly matters. And we could not have done it without you!

Thank you for such a great experience, from which we have learned so much, and looking forward to our future together!

Founded in 2007, Fitbit went public in June last year, but its shares have been falling sharply since its $47.60 peak last July and now sit at less than $8. So Fitbit doesn’t appear to be in great shape itself, but by snapping up talent from the competition — including Pebble, and now Vector Watch — the company is apparently hoping it can turbocharge its in-house innovation and become a force to be reckoned with.

Vector Watch had raised around $12 million in VC funding, including a $5 million round last November, and it’s difficult to see its investors making much back following the Fitbit deal. Today’s news also comes three months after fellow London startup YPlan sold to Time Out in a $3 million all-stock fire sale, having raised almost $40 million in VC funding.

Smartwatch sales are in decline, but that’s not to say there isn’t a market for fitness-tracking wearables. With so many brands in the smartwatch space, a degree of consolidation is to be expected, especially when sales begin to wane, and having fewer players in the market could actually work out well for Fitbit in the long term.

Vector Watch represents the fourth known acquisition by Fitbit. The San Francisco-based company snapped up Fitstar in March 2015 in a $17.8 million deal before going on to buy the assets of wearables payment startup Coin last May.