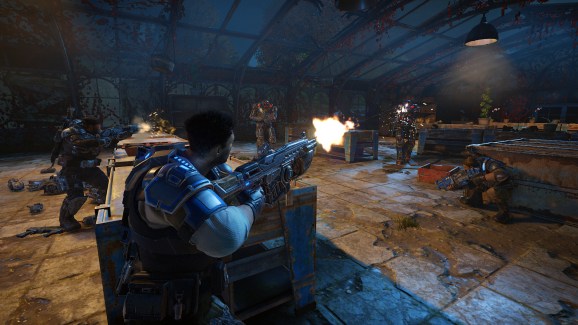 Squad firefight in Gears of War 4.

Would you like some nostalgia with your chainsaws and shotguns?

Microsoft announced today that Gears of War 4 is getting two maps from the series’ past. The content unlocked today for those who paid for the season pass, and it’ll become free for everyone on January 17. The third-person shooter launched last October for Xbox One and PC. It was one of Microsoft’s biggest releases of the year, especially since it was a console exclusive that didn’t come out for its competitor, the PlayStation 4. New content can keep those who bought the game engaged.

Clock Tower is the second returning map, which debuted in the first Gears of War (and also showed up in Gears of War 3). You can see how the place has changed below.