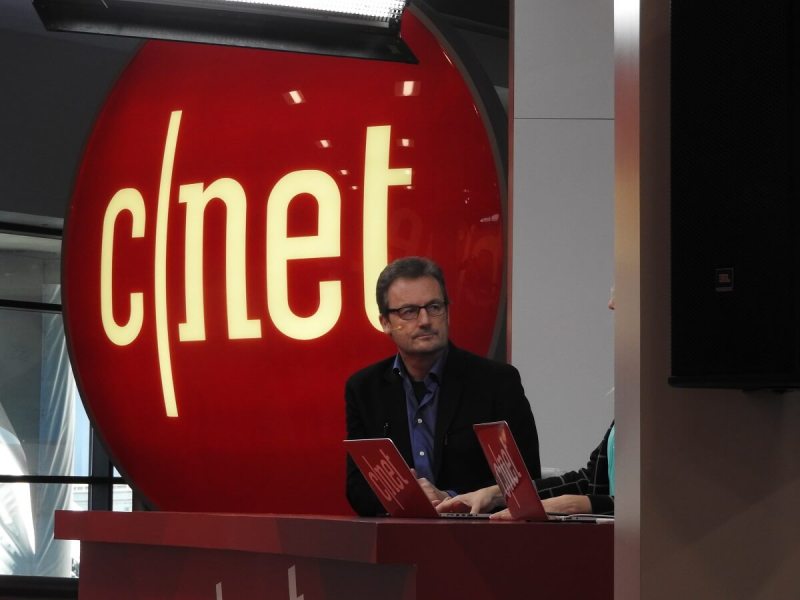 Above: Hyperloop One CEO Rob Lloyd does an interview at CES 2017.

VB: What are some of the ideas around what makes a great project? You mentioned before that if you connected the airports in England, Heathrow and Gatwick, you could get from one to the other in three minutes. You don’t need to build an extra runway.

Lloyd: Correct. That would save $10 billion. Creating remote cities with big cities, where property values are escalating — for example, in Australia, Melbourne is a booming city. It’s a hugely successful city. 100 miles away there are cities that have had downsizing in the automotive space, a bit like Detroit’s story. Imagine if Detroit was connected to Chicago, or this beautiful beach property in Australia was connected to Melbourne. One of the common themes is how we can create economic opportunity for cities that maybe were part of a previous economic cycle. We can create job opportunities and grown opportunities that can be very powerful.

That’s the story in the Finland project. Our initial thinking is we could connect the town where the Nokia software developers used to be into Helsinki. It’s not that far away. But when you do that, you create a great opportunity for that labor pool. They don’t have to move into a city that has a waiting list two years long for an apartment and costs eight times more to live in. Our great cities of the world are where our kids want to live, but they’re getting very expensive. It’s getting very difficult for everyone to be able to afford that. Eventually that hits a plateau.

The common theme is how economic development and job opportunities, better quality of life, can be developed when we look at Hyperloop connecting existing cities or new cities with important downtowns and urban centers. It makes a much better living experience.

Another theme is the intermodal nature of this. Connecting an airport to a city center. Whenever we have very high-density transport modes — airports, train stations, high-congestion roads — that’s where we see a lot of opportunities fall into place. The pattern we see is intermodal connections and putting up opportunities for cities to experience economic growth by connecting them to more expensive property

VB: Do you think that underground Hyperloops have viability?

Lloyd: Totally. One of our projects underway right now is completely tunneled. The tunnel’s smaller, so the cost is lower. The speed to do that amount of tunneling is much shorter than a project like the Chunnel, which took more than a decade.

Above: Hyperloop One construction in Las Vegas.

VB: Is anybody proposing to build a Hyperloop and then build a city around it?

Lloyd: That may be one of the opportunities you see in the Middle East, where they’re constantly building new cities, or in Asia, where the idea of a satellite city is a possibility as well.

VB: So that’s not a crazy notion.

VB: Every visionary I talk to these days is saying we’re going to have these mega-cities, or cities that’ll be more than 10 million people.

Lloyd: Absolutely. They’ll be designed in a different way. They’ll be distributed. Much more of the last-mile transport will be autonomous. We see ourselves connecting to last-mile technologies like autonomous systems, connecting to high-density locations like airports and city centers, coming into city centers through tunnels because they’re already built out. We’ll be making that happen much more quickly than any other mode of transport. The tunneling part is a very viable part of how you’d connect to the city center.

From a current reality standpoint, what we’re building out in the desert right now is proof of our concept. It’s not an easy thing to do. We have hundreds of people focused on doing that.

VB: Are you learning anything in particular from the first project?

Lloyd: The actual big learning is that we’re innovating so quickly that we’re deciding to build segments of the prototype of our own development loop in shorter increments, so we can learn more and deploy more of our new technology into the next stage. We’re already working on future versions of the technology that we’re finishing today, so when we finish the first distance, we’ll bring some of our innovations into the second and the third.

The initial thinking was, “Let’s build three kilometers with all the same stuff.” Innovation is happening very quickly. Remember the outdoor test, the motor test? That was the third or fourth version of the stator, the motor block. We’re on the eighth now. We’ve locked that down. By the time we build more, it’ll be maybe the 10th or 11th version. Once we finish all the testing it may be the 18th or 20th. Just think of it like a dev ops environment, where it’s hardware rather than software. It takes a lot of development people, boots on the ground doing real-world stuff.

VB: Was there ever an example in fiction, in the movies, that showed something close to what you have in mind?

Lloyd: Personally, that movie with George Clooney, Tomorrowland — there’s a scene where they go down, the door opens up, something zips up and they go through the door and go off somewhere very quickly. That feels a bit Hyperloop-ish. There was a Hyperloop in the first or second episode of Westworld, dropping them off at the park. We made South Park, too. Once you make South Park, it must be really happening.