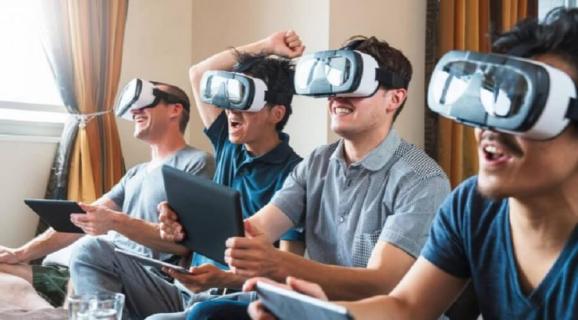 The number of jobs posted for game developers has declined 65 percent since 2014, according to an analysis by the job search site Indeed.

The global game industry has grown to $91 billion across multiple platforms, but the number of jobs in the U.S. could be on the decline, at least among larger companies. The data from Indeed does not necessarily include jobs at tiny game companies, known as independent game studios.

Searches for game designer jobs has remained relatively constant since 2014. However, game developer job searches have grown over 50 percent. And searches for augmented reality and virtual reality gaming jobs have skyrocketed, with searches up 1,500 percent. Job postings for AR/VR are up 400 percent. And after a decline in 2014, job growth for esports has steadily increased, up 40 percent overall.

The companies with the most jobs available, in order, are as follows: Electronic Arts, Blizzard Entertainment, Activision, Epic Games, 2K Games, Zynga, Bungie, Nexon America, Ubisoft, and Nintendo of America.

The cities with the highest percentage of video game designer and developer jobs are listed below, followed by the average salary for developers in those metros. These cities are also major tech job hubs:

Asked why there aren’t more game jobs, the analysts at Indeed said, “There is obviously job seeker demand for careers in gaming, but the way video games are created is changing as new technology like smartphones and virtual reality is advancing. This is leading to drastic changes in the gaming labor market.”

Games have historically been created by teams of developers at large publishers or game studios. But today, many developers are choosing to work at independent video game studios, making mobile games or PC games. The games at the larger companies are on the decline.

But since 2014, AR/VR has seen job growth both at traditional game companies and at technology companies too. The esports scene has also grown.