Facebook appears to have quietly done away with a feature that tells you if a particular post has been edited. As it stands now, the only way that you’ll be able to determine something has changed is by clicking on the edit history option, which will only show if an edit has been made and is available in the post menu option.

Reports of this missing element first surfaced in late December, around the time when there was discussion about whether Twitter should implement an editing feature. Honolulu Civil Beat social media manager Anthony Quintano and former Uber developer evangelist Chris Messina noticed the lack of an editing notifier. Previously, if you edited a Facebook post, there would be a label affixed telling readers that there had been a change. 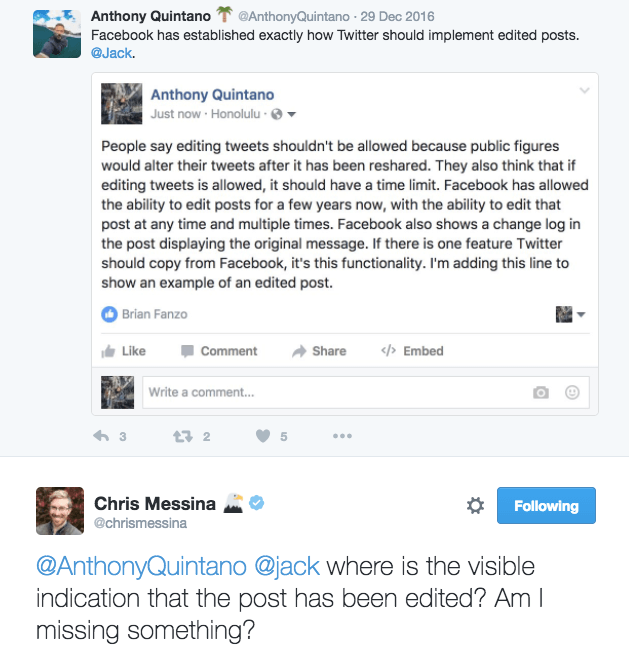 As mentioned earlier, while the “Edited” tag has been removed, if you know that a Facebook post has changed, you can click on the drop-down menu on the individual update and select “Edit History.” You’re only going to see this if the post has been modified in some way. However, it’s interesting that there is an edit history to begin with. 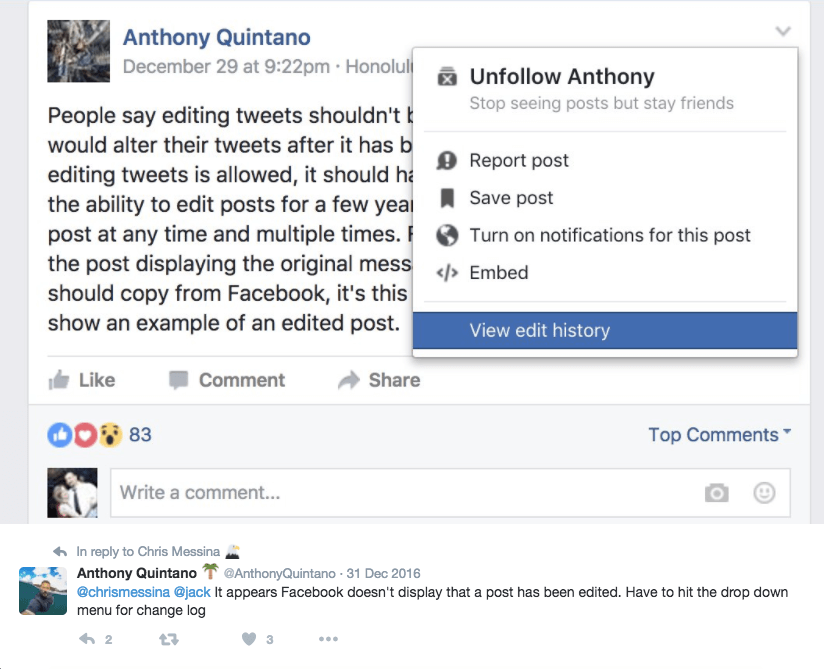 Above: Where to find the edit history link for Facebook posts.

Comments appear to be unaffected by this, as any updates still include an “Edited” label. This seems to be an issue on both the web and Facebook’s mobile app, regardless of whether you’re verified.

It’s unclear why Facebook has removed this tag from its social network. It could cause some significant issues when you factor in how brands, government officials, celebrities, and other personalities may use this. What impact could it have if you didn’t know if something had been changed?