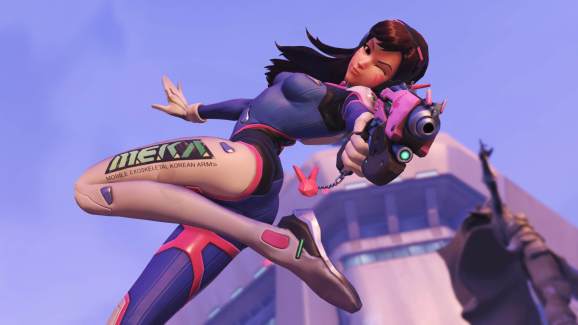 Overwatch’s South Korean servers are overrun with cheaters, and Blizzard made a big move to put an end to this problem.

The publisher has banned more than 10,000 players on its South Korean servers, according to a post on its message boards. Blizzard specifically mentioned that it banned players using a new cheating tool called “nuking” that seemingly targets opposing teams with a distributed denial-of-service (DDoS) barrage that overwhelms their internet connection with junk data. The studio says that it is preparing countermeasures to fight nuking.

“Creating and delivering a pleasant game environment for the majority of our rule-abiding players is of paramount importance to us,” reads a post from the Blizzard Korea team. “And we are committed to taking all the steps we can to stop players who create, distribute, and use these nuking programs.”

I’ve asked Blizzard for more details about how these bans work in regards to PC bangs, and I’ll updated this story with any new information.

But banning players who use the nuking programs and other Overwatch “hacks” (as they’re often called) doesn’t get to the root of the problem in South Korea. Most people in that country never buy games. Instead, they regularly attend “PC bangs,” which are internet cafes where you can pay approximately $1 per hour to play whatever you want. PC bangs have a special version of Blizzard’s Battle.net where games like Overwatch and World of Warcraft are essentially free-to-play. That way, you simply pay the PC bang $1 per hour, and you don’t have to worry about spending another $40 to buy Overwatch.

As you might imagine, this means that if Blizzard Korea bans a PC bang player, that player can simply start up a fresh account and start playing again immediately without having to buy Overwatch all over again.

And many PC bangs in South Korea encourage that kind of behavior. They typically pre-install cheating clients on their computers so that their regulars have instant access to aimbots and nuking if they want.