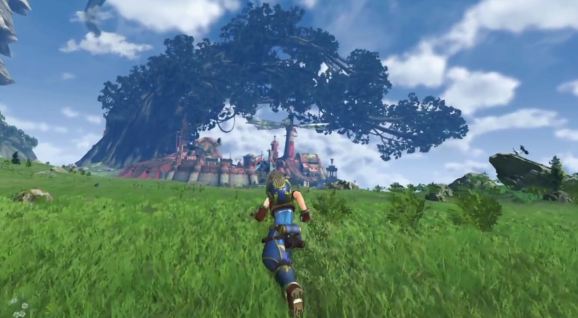 Nintendo just took the wraps off of Xenoblade Chronicles 2, the first Japanese role-playing game for the Nintendo Switch game console.

Nintendo made the announcements tonight at an event in Japan. The Switch debuts as Nintendo’s hybrid home game console and portable on March 3 for $300 around the world.

The Xenoblade Chronicles 2 features a character with a big sword in a lush anime world with all sorts of beautiful landscapes. The final scene of the demo featured a tree in the clouds and a giant whale-like creature in the sky.

The developer is Monolith Soft, which created the original Xenoblade Chronicles. That previous title debuted in Japan in 2010 on the Nintendo Wii, and it made it to North America in 2012 and the Nintendo 3DS in 2015.