Nintendo is showing off a cute game on its Treehouse Live stream called SnipperClips.

In the two-player game, you play as a cute character that looks like an upside down pencil eraser with legs. How’s that for creativity?

You can snip your character and create the right shape to accomplish various tasks. In the demo on the stream, two characters twisted their shapes around so that both could fit into different halves of a heart. In another part, the characters had to pick up a basketball and shoot in into a hoop. You have to cut your friend up and turn it into the right shape to proceed to the next challenge.

That was easier said than done, as it was very hard to pick up the ball and shoot it. Another tasks was sharpening a pencil. It’s another example of the crazy brains at Nintendo at work.

[Update: Former GamesBeat writer Daniel Crawley pointed out the interesting origins of this game as FriendShapes.] 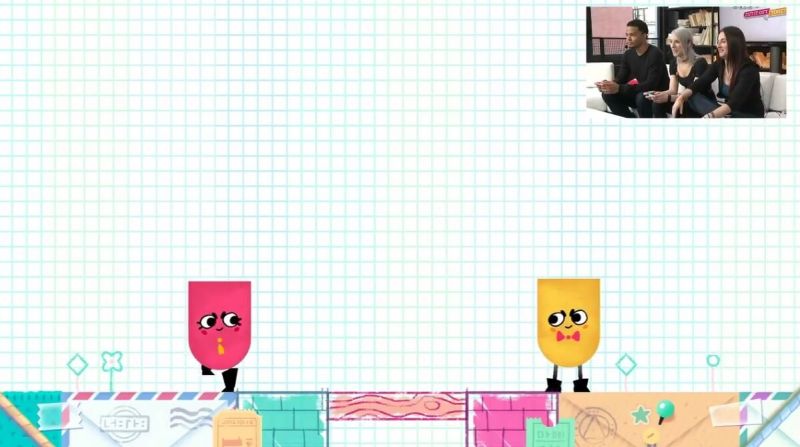