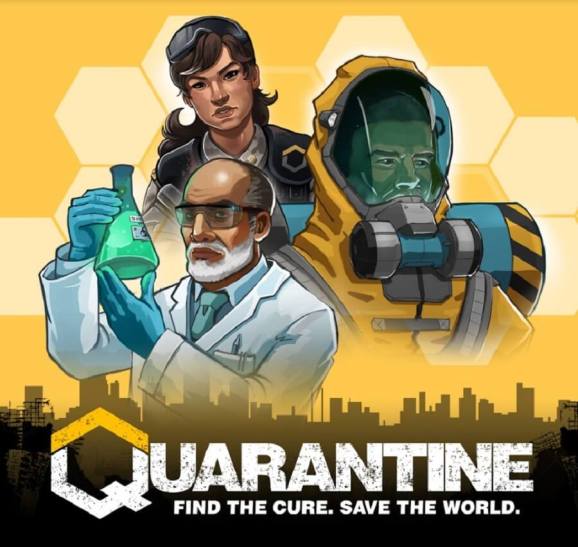 During all the fuss about the Nintendo Switch yesterday, 505 Games announced a new game called Quarantine. It wasn’t the best timing, but I thought the new original title was worth a second look.

Quarantine is about waging a global war against the outbreak of a disease. It debuts on Steam Early Access for $15 on February 9.

The single-player, turn-based strategy game was created by developer Sproing and will be published by 505 Games.

As the director of Pandemic Defense, an international biosecurity agency, your job is to respond quickly to stop the onslaught of a widespread deadly contagion. A new pathogen is spreading and survival of the human race is in your hands.

You have to recruit a team of specialized operatives and deploy them on high-stakes missions across the globe. You have to research the disease, upgrade your tech, and quarantine the outbreak before it infects and kills everybody.

The game was inspired by real-world science and epidemic response. You have to make tough choices and battle against three lethal pathogens — a virus, bacteria, and prion — each with unique behaviors and devastating effects.

You have to get operatives with roles that include medic, scientist, diplomat, and security. You deploy them on missions as critical situations unfold around the globe. You have to level them up and keep them alive in the face of escalating danger.

If you let cities fall into chaos, the work gets harder. You have to set up field bases and raise crucial funding. The disease has devious artificial intelligence, and you have to contain it before it infects new sites and mutates to get past your defenses.

You can advance your tech to adapt your strategy and refine your play style. You can hit the lab, collect biological samples from hotspots, and research the disease’s randomly generated traits. Then you can use the results to turn the tide.

The game is replayable and has three difficulty modes, four leaders, a variety of starting locations, and gameplay that doesn’t repeat itself.