After 146 years, the Greatest Show on Earth is closing. Ringling Bros. and Barnum & Bailey Circus told the Associated Press that the show will shut down for good in May.

The American icon tried to revive its fortunes with modern technology, but it couldn’t stop declining attendance. Public tastes changed, and the group had damaging battles with animal rights groups over its treatment of elephants (retired earlier) and big cats, such as lions and tigers.

“There isn’t any one thing,” Kenneth Feld, chairman and CEO of Feld Entertainment, told the AP. “This has been a very difficult decision for me and for the entire family.”

Ringling Bros. will finish its tours and perform 30 shows between now and May. The circus was a staple of entertainment in the U.S., and the traveling circus became a part of the American landscape. But the latest version that debuted in the San Francisco area in the summer was hardly recognizable. 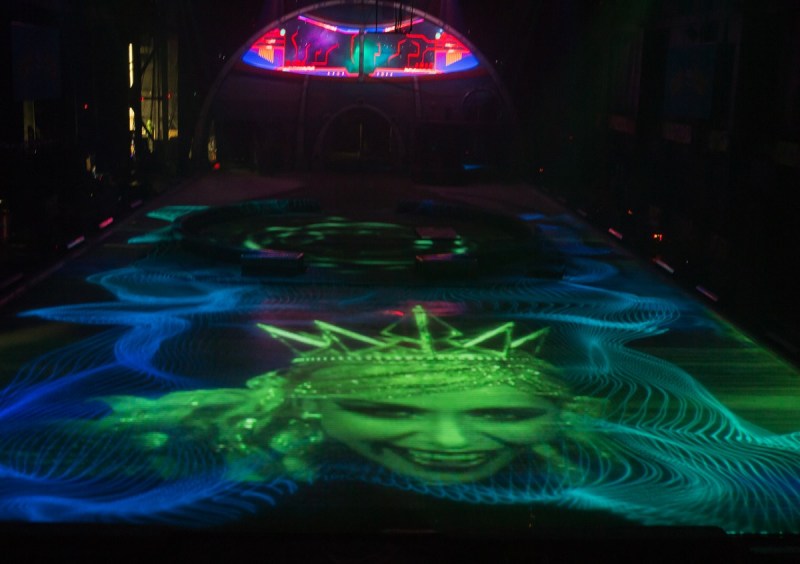 Above: Projections on ice are part of the Ringling Bros. circus.

The Feld family bought the Ringling circus in 1967. In May of 2016, after a long legal battle, the company pulled the elephants from the circus. Attendance has been dropping for a decade. But now the drop was even steeper, said Juliette Feld.

To try to recover, the circus tried a high-tech show with a space-age theme and Cirque-style performers. It embraced everything from smartphone apps to high-tech lighting systems and pyrotechnics. A new spotlight tracking system could track the movements of 72 performers at a time.

Even after the elimination of the elephants, the show I saw was picketed by animal rights protesters. The Felds say the remaining animals will go to suitable homes. About 500 people work on the shows.