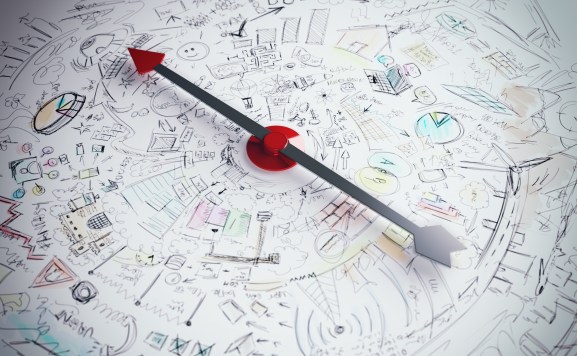 A few months ago, a friend called me excitedly to share a startup idea. He was an investor’s dream entrepreneur: engineering undergrad with an MBA from MIT, worked at Google, and literally wrote a book on the core tech behind his startup. He launched a product, was getting a little attention, and was at an inflection point. He probably could have raised funding based on this traction and asked me, “Should I take the plunge and do this full time? I think I’m ready.”

I’ll let you know what I told him in a moment, but first, these are the questions I suggested he ask himself before leaving a cushy gig for a high-risk venture:

What is your motivation? Are you motivated by the prospect of getting rich? Are you irritated seeing less-skilled former colleagues getting famous by founding companies? These are perfectly normal human emotions but horrible reasons on their own to start a business. Survivorship bias is real, and for every Mark Zuckerberg there are thousands of founders who do not make it.

Is this idea worth your time? The risk-adjusted return of his current career path was much greater than spending half a decade pursuing a startup. If he wasn’t passionate about solving this problem, he should pass on the idea. Passion doesn’t mean excitement for the product per se, but if you’re not enthusiastically jumping out of bed to remake, say, ERP tools, it doesn’t make sense to do a startup.

What have you done to validate this idea? Do you have a functional product? Any users? Have you run a successful Kickstarter campaign? Have you built up recognition as a thought leader in your industry through social channels?

The reality is that, in today’s ecosystem, you can prove quite a bit with nothing beyond a personal investment in time. My friend had a skeleton product but was far from product/market fit.

Are there real customers for this? It’s one thing to have a working product, it’s quite another to have paying customers. If you don’t have customers, what are you using as proxies for demand? If you catch yourself saying, “It would would be cool if someone solved this problem,” that’s often a sign you’re not being specific enough about your market.

Do you have the endurance for the marathon version of your company, or does this only work as a sprint? Can you survive if your product doesn’t take off for 12-24 months? How about 36 months? The reality is that startups often struggle for a long time, and the beginning can be the slowest part. The more of that struggling you get out of the way *before* you quit your job, the better off you’ll be.

Founder Collective’s advice for founders is to plan for a year with no income from the time you quit your job until the time you get funded. 3-6 months usually does not cut it.

What does your CMO (Chief Marital Officer) think? How long are your business partners/ investors/family members really willing to hang in there if things don’t work out right away? You’ll be burning savings, but you should also be prepared to jump on a plane at a moment’s notice to meet with a customer. Will your spouse/significant other be OK if you spend three nights a week at hacker meetups?

Is quitting the right next step? Can you keep your day job until you’ve validated your market and you’re ready for lift off? This won’t work for a medical device startup, but a self-serve SaaS tool doesn’t require 24/7 attention. What can you prove to yourself before you leave your job?

Capital won’t make you clever. Spending more time on an idea won’t either. Going full time on a startup is a necessity at some point, but is it this point?

Advice to my friend (and to you)

I encourage everyone I know to try entrepreneurship if they are drawn to it, but at this point in time, I knew my friend was taking this step mostly because it seemed like the right thing to do rather than a rational response to an opportunity. I told my friend not to quit his day job. Yet.

When we first spoke, he had spent a lot of time thinking about the tech/product, but when I started asking him some tough questions, especially around the market, he seemed not to have answers. He was also planning based on the best case scenario, which I thought was risky for him, given that this doesn’t occur for most people. Two months later, when we had a follow-up conversation, he told me he had pivoted twice and that he appreciated my uncharacteristically cautionary advice. He told me he would have been incredibly stressed out if he didn’t still have a salary to count on.

Startup stories rarely follow a seamless narrative arc, and the successful ones are often subject to revisionist history. Before you decide to found a startup, go through this checklist of questions, over and over, until you have real confidence in your plan.

If you have an implacable passion for your idea and it stands up to these questions, I’d love to hear your story.

Parul Singh is Principal at Founder Collective. She was previously a product manager at the NYT and founder and CEO of edtech startup Gradeable.