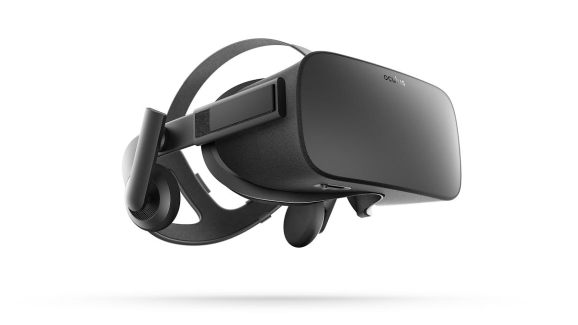 One of gaming’s biggest trials in underway, with billions on the line.

ZeniMax, which owns Fallout publisher Bethesda and Doom developer id Software, is reiterating its claim in a statement released today that Oculus stole from it to create the Oculus Rift virtual reality headset. ZeniMax is seeking $2 billion in damages. That’s the same amount that Facebook bought Oculus for in 2014. The new VR industry came alive in 2016 with the release of the Rift, HTC Vive, and PlayStation VR, but this lawsuit adds drama to the growing to the market.

“With the start of the trial of our case in Federal District Court in Dallas against Defendants Facebook, Oculus and its management, ZeniMax and id Software welcome the opportunity to present substantial evidence of the Defendants’ misappropriation of our Virtual Reality intellectual property,” ZeniMax says in its statement. “That evidence includes the theft of trade secrets and highly confidential information, including computer code. ZeniMax will also present evidence of the Defendants’ intentional destruction of evidence to cover up their wrongdoing. ZeniMax and id Software are the visionary developers of breakthrough VR technology, and look forward to the vindication of our claims.”

“We’re eager to present our case in court,” the statement reads. “Oculus and its founders have invested a wealth of time and money in VR because we believe it can fundamentally transform the way people interact and communicate. We’re disappointed that another company is using wasteful litigation to attempt to take credit for technology that it did not have the vision, expertise, or patience to build.”

Oculus chief technology officer John Carmack used to be the chief executive at id Software. In 2014, ZeniMax filed a lawsuit against Oculus and its founder Palmer Luckey, saying that Carmack took ZeniMax documents with him to Oculus. ZeniMax also claims that the breakthroughs that allowed for the recent innovation in the VR industry came from it and were stolen by Oculus.

“Oculus used ZeniMax’s hardware and software technology to create a software development kit for the Rift and to develop, modify, and tune the Rift hardware,” reads the complaint. “Luckey did not have the expertise or knowledge to create a viable SDK for the Rift.”

“This complaint filed by ZeniMax is one-sided and conveys only ZeniMax’s interpretation of the story,” Oculus told GamesBeat in August 2016. “We continue to believe this case has no merit, and we will address all of ZeniMax’s allegations in court.”

If the court finds in favor of ZeniMax, Oculus could lose billions of dollars. The trial will see Facebook owner Mark Zuckerburg take the stand on January 17. Luckey will take the stand later in the week.