Virtual reality game creator Survios said today that its action VR game Raw Data will debut in VR arcades around the world in 2017.

“The resurgence of arcades is a welcome development in the virtual reality arena,” said Survios vice president of business development Ben Kim, in a statement. “VR arcades provide an easy entry point for consumers curious about premium VR technology. We are thrilled to announce Raw Data Arcade as we continue our mission to build a worldwide arcade distribution network for Survios and other developers.” 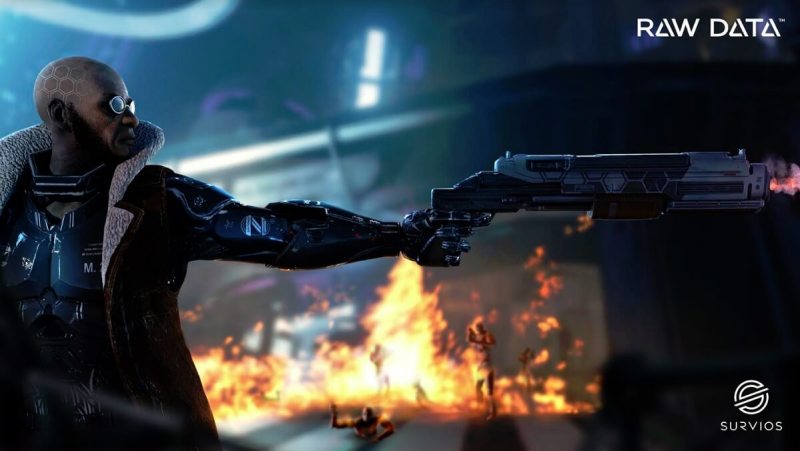 Survios CEO Nathan Burba added, “The impact of virtual reality on society became incredibly clear in 2016. From Asia to Europe to North America, we expect VR arcades to be part of that next step in innovation as its presents an amazing opportunity for the public to get a taste of the technology before it becomes common-place in homes everywhere. We’ve been beta-testing this arcade initiative in nearly 30 countries across the globe and plan to take those learnings and expand the concept’s footprint.”

On top of the actual game, arcade operators will also receive marketing support from Survios and its partners to promote their business and drive in-store traffic. As Survios’ roster of games continues to grow, including through its publishing initiative, Survios will not only add new games to their arcade partners’ slates, but also offer arcade distribution support to other VR developers looking to enter the arcade market.

“With respect to the VR community, Survios is the most sophisticated VR developer today,” said McKay Christensen, cofounder and CEO of VR Junkies, a network of arcades with multiple locations in North America, in a statement. “Raw Data is a fantastic title and to have that game combined with the company’s marketing support and customer service has been immensely valuable as we build our worldwide network of arcades.”

Interested arcade partners can sign up at this site. Los Angeles-based Survios was founded in 2013, and it recently announced a $50 million funding round. Investors include MGM, Lux Capital, Shasta Ventures, Danhua Capital, Shanda Holdings, Felicis Ventures and Dentsu Ventures.