Niantic and The Pokémon Company International have created 17 locations in Davos, Switzerland, to remind World Economic Forum attendees of the importance of fighting poverty. 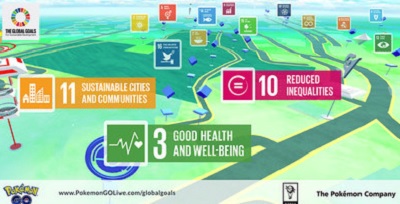 Above: New PokéStops for the World Economic Forum.

The companies partnered with Project Everyone to raise awareness of the Global Goals for Sustainable Development at the World Economic Forum. The special PokéStops and a Gym are magnets in the real world for players who can reap rewards or fight other players at each location.

In September 2015, 193 world leaders agreed to 17 Global Goals for Sustainable Development, which set out to end all forms of poverty, fight inequalities, and tackle climate change by 2030.

“We’ve always wanted both Niantic and Pokémon Go to be a force for good in the world,” John Hanke, founder of Niantic, the publisher and developer of Pokémon Go said, in a statement. “We are extremely proud to partner with the Global Goals campaign to help remind people of how critically important the Goals are while hopefully keeping the world’s leaders focused on delivering on them.” 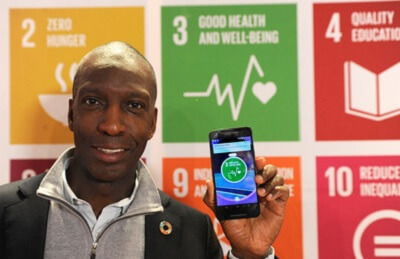 Above: Pokémon Go has added new stops to raise awareness of anti-poverty goals.

To raise awareness, Niantic is creating one new PokéStop for each of the 17 Global Goals. The Congress Centre will be turned into a Gym. Gyms are special points of interest where the three teams in the game train and ultimately battle in order to capture the Gym.

From Spring 2017, additional in-game content will become available to continue to promote the importance of The Global Goals campaign.

Richard Curtis, film maker, UN SDG Advocate and founder of Project Everyone said in a statement, “I believe we can be the generation to see the fantastic ambitions of the Global Goals achieved. But in order to achieve this it will require awareness, multi-sector actions and unusual and lively partnerships.”

He added, “This partnership with Niantic and The Pokémon Company International with the massively popular game, Pokémon Go, is a great way of making sure the Goals are front of mind with the Davos attendees, who are such an important constituency in delivering on the promise of the Goals. And it’s excellent to be able to report back home on a partnership my sons all understand and are excited by — their generation is also so crucial to the achievement of the SDGs.”

Tsunekazu Ishihara, president of The Pokémon Company said, in a statement, “With Pokémon GO, the world is our playground. And when the world is your playground, you want it to be as beautiful and safe as possible. That’s why we’re delighted to play a part in driving the awareness of the Global Goals.”