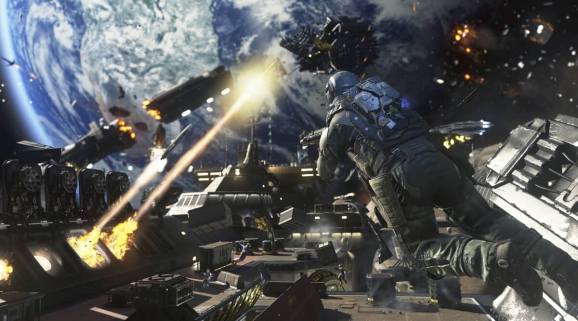 2016 is over. Here are the games that made the most of the year.

The NPD Group has released its list of the 10 best-selling games of 2016. And, yes, shooters and sports titles continue to dominate the industry.

The list includes physical sales and some digital (for PC games it includes Steam, but not other digial stores like Origin).

Once again, Call of Duty is at the top of the list. The shooter franchise has dominated the industry since Call of Duty 4: Modern Warfare came out in 2007. In fact, Call of Duty shows up twice on this list, with last year’s Black Ops III ranking at No. 8.

Electronic Art’s big shooter of the year, Battlefield 1, wasn’t far behind at No. 2. This year’s entry took a risk by using a World War I setting, which is a rarity for gaming. But it seems like fans were ready for a change in time and scenery.

Tom Clancy’s The Division came out early in the year in March and ranked at No. 3. Ubisoft did a good job promoting the open-world, online game with impressive demos at shows like the Electronic Entertainment Expo.

Sports games continue to do well, with NBA 2K, Madden, and FIFA all appearing. This year, however, NBA 2K17 managed to perform better than Madden NFL 17. Last year, Madden was at the No. 2 spot, only behind Call of Duty: Black Ops III.

Grand Theft Auto V is still charting. Rockstar’s open-world game came out back in 2013, but the developer has supported its online component with a steady stream of content.

Overwatch shows up at No. 7, although it probably performed better than this list indicates. The NPD does not track sales through Battle.net, Blizzard’s PC games platform. It’s likely that a lot of PC players purchased the game digitally from Battle.net.

Lastly, Final Fantasy XV makes an impressive showing at No. 10 despite only coming out late in November. It was the second-best selling game in December, after only Call of Duty.