Game crowdfunding platform Fig has raised $7.84 million in a funding round led by big name venture capitalists. That shows you have to raise money in order to … raise money.

The round, which Spark Capital and Greycroft led (other investors include Resolute Ventures, NextView Ventures, and Draft Ventures), is a validation of the company’s strategy to pioneer a new way of investing in games on a per project basis, turning investors and everyday consumers into game publishers, said Fig CEO Justin Bailey in an interview with GamesBeat.

“Video game publishing is ripe for disruption,” Bailey said. “There’s not a lot of new intellectual property. We’re stuck in ‘sequelitis.’ We see crowdfunding as disintermediating publishing and bringing the public into the publishing process.” 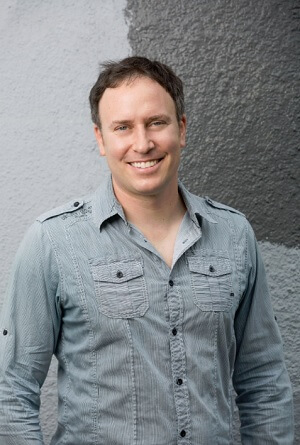 Above: Justin Bailey, CEO of Fig.

The investment will enable Fig to accelerate the number of game projects on its platforms.

“Fig is singular in video games in that it is the first to allow fan investors to participate in the upside of a video game’s financial performance,” said Spark Capital’s Nabeel Hyatt, who was also the lead investor of Oculus VR (which Facebook bought for $2 billion), in a statement. “Investors on Fig don’t have to wait for a company to be sold before they can reap returns, an occurrence which occurs rarely, and when it does it usually takes 7 to 10 years.”

Fig lets fans support games through rewards-based campaigns, where you don’t get an ownership stake in exchange for giving money to a game developer. But it also allows fans to invest their own money in a particular game project.

“We needed to raise more money to increase our functionality,” Bailey said.

Bailey said that Fig’s lawyers had to create a game project security, something that was new to the industry, dubbed Fig Game Shares. Those shares allow players to own a piece of a game project and share in the profits if the project earns any.

“Interactive Entertainment is a $100 billion-a-year industry, yet many talented, veteran teams are still constrained by lack of resources.” said Jon Goldman, Venture Partner of Greycroft and partner at Skybound, the IP holders of The Walking Dead, in a statement. “Fig provides a new avenue for funding that brings makers and players into an entirely new relationship, which should foster innovation and help this amazing creative industry grow even bigger.”

In 2016, Fig hosted four of the year’s 10 largest crowdfunded games and others including Psychonauts 2, Wasteland 3, Jay and Silent Bob: Chronic Blunt Punch, Consortium: The Tower, Kingdoms and Castles, Make Sail, and Trackless.

That’s a big chunk of money that isn’t going to companies such as Indiegogo or Kickstarter, which don’t give ownership stakes.

“I don’t think reward-based crowdfunding is sustainable,” Bailey said. “That’s more like a donation, or a one-time tapping into the community. That changes when it becomes an investment.”

Bailey noted that Electronic Arts published 60 games in 2008, while it published only eight games in 2016. Now about 90 percent of big game publisher titles are established franchises. By contrast, about 90 percent of crowdfunding projects are new IP. And Bailey said that the top 50 crowdfunded games across the industry took in $37 million in funding and generated $400 million in revenue.

Bailey said, “Looking forward, we’re exploring the possibility of amplifying the impact of fans even further by inviting institutional investors who have already expressed interest in our unique model to provide matching funds across our platform.”

Fig’s platform was made possible by the Jobs Act, which made it possible for non-accredited investors (who don’t meet big net worth requirements) to invest in crowdfunding projects. The U.S. Securities and Exchange Commission also approved Fig Game Shares in September.

Developers keep 100 percent of the rewards proceeds, minus credit card fees, and backers get a copy of the game. Fig makes money by taking a small percentage ownership in each project. So Fig makes money only if the games that are crowdfunded on its platform also make money, Bailey said.

With Fig Game Shares, non-accredited investors are able to participate. Fig Game Shares pay returns based on the sales revenue of a single game, so investors get paid when a game launches, rather than having to wait for an exit if and when that occurs, which is the case with other crowdfunding platforms supporting investments in game studios.

Founded in 2015, Fig has 10 employees. Bailey said the funding environment was a little uncertain, but the round only took about 45 days to complete. It was oversubscribed.

“We have more interest now,” he said. “We have way more pitches of quality games. And it’s sustainable. We have a positive return for investors already.”

Over time, Fig hopes to enable users to be able to greenlight projects. If 10,000 people voted thumbs up or thumbs down on a project, that would likely turn out better than Fig choosing the projects, Bailey said.