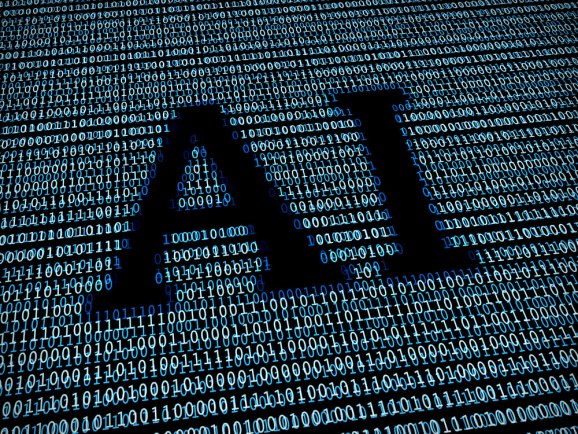 Will we be slaves to AI?

Imagine a marketing executive, late at night, flipping through a slide deck from a company that promises to use artificial intelligence to automate many of her lead generation and lead scoring processes, optimize her advertising spend, and increase her marketing spend ROI by fifty percent. What could go wrong, she wonders?

What could go wrong, indeed. As someone whose own company uses AI to make marketers’ lives easy, I’ll be the first to admit that the promises of AI are often overhyped. While the benefits are great, the sales pitch often leaves out the risks. Even though you may have figured out where best to apply AI to your marketing tech stack, there are still risks that can affect your chances of a successful deployment. Instead of worrying about them or brushing them under the carpet, I think it’s best to face those risks head on, so you can deal with them directly. They fall into four main categories.

This is probably the most understandable, but it’s also the easiest to address. People are often afraid of AI because they worry that it will make them redundant, replacing their unique skillsets with machine brains.

While that may be true for certain types of jobs, I think the actual risk is much lower than people’s fears would suggest. AI simply isn’t advanced enough to replace human marketing experts across the board. If anything, it is a tool that will augment those humans’ capabilities, once they learn how to use it effectively. That said, you may still need to assuage people’s fears in order to get their buy-in to AI powered technologies.

Technology evangelists sometimes wade into organizations with wide-eyed ideas of how their products can change everything for everyone. But with AI, as with many enterprise technologies, that enthusiasm often runs into a brick wall — specifically, the walls dividing one department from another.

It turns out that whoever owns a chunk of data in an organization often has very little reason to share it with other stakeholders. Whether it’s over privacy concerns, departmental policies, personality conflicts, or simple process misalignments, such barriers can often stop an ambitious AI project dead. For this reason, the two types of companies that have so far been most successful in deploying AI have been either startups (which are too small and too young to have ossified siloes) and tech giants like Google and Facebook (whose entire lifeblood is based on utilizing data). Companies in between those two extremes, which include almost every organization on the planet, have a bigger struggle. Marketers who want to use AI effectively need to be aware of departmental and regulatory issues that can affect them. All the players in the data value chain need to be aligned.

This is perhaps the largest risk inherent within AI. All AI projects are unpredictable because they are solving an unknown problem. Unlike with traditional software development, there’s no standard engineering methodology that can lead from step 1 to step 2 to a predictable outcome. In this way, applying AI to marketing data problems is a lot like pure science. We don’t know if a particular dataset will solve a particular problem. It’s impossible to predict all the results of a science experiment — and the hard problems in AI truly are science experiments. This is a new way of thinking about software development, and it’s going to be a challenge for anyone in marketing or IT who doesn’t already have experience with AI.

This brings me to the final risk: getting sufficient talent onto your team. Unfortunately, there’s a massive skills gap in AI right now. The majority of talent out there doesn’t have experience dealing with real industry data at scale. The pool of true experts is very small — and there are 16,000 open jobs for data scientists at last count. That means it can be exceedingly difficult to find the professionals you need to implement and execute your AI-driven marketing programs.

Add these risks up, and you can see why many AI experiments to date have gone wrong. For instance, McKinsey did a study recently analyzing the use of real-time analytics for decision-making in an oil and gas drilling operation. One company studied by the consultants had made a tremendous investment in instrumenting their offshore drilling rigs, collecting a massive amount of data via RFID tags and embedded sensors. Unfortunately, of the data they were collecting, only 40 percent of it made it back to an onshore datacenter. Only 1 percent actually made it into a database, less than 1 percent got deployed to products accessible to end users, and 0 percent — zero! — wound up being used by people to make decisions.

Unfortunately, you may find the same resistance. There can be strong cultural pushback against using AI. Many people are mistrustful of decisions made by machines (and rightfully so, until the machine algorithms have had a chance to prove themselves). The challenge for marketing execs implementing AI is to make sure that all the necessary stakeholders have bought in. Ensure that people get training, that they have realistic expectations about the possible outcomes, and that their incentives are properly aligned.

Do that, and you can start to realize some of the benefits of this amazing revolution in marketing technology.