Pokémon Go got many people to engage with an augmented reality game for the first time. But Los Gatos startup Get Qurious wants to expose even younger kids to AR games through tactile play.

The company has introduced the Get Qurious Maker Box, which combines physical game cards with an interactive digital world. Using AR imaging, you can use the physical game cards to spur storytelling animations on the iPad. It is targeted at children ages 4 to 9.

You play by holding a physical game piece — such as a picture of a cartoon pig — in front of the iPad’s camera. The app recognizes the pig and triggers an animation. The first Maker Box takes the classic “Three Little Pigs” story and brings it to life as an animated storybook through the app, the interactive story cards, puzzles, a sticker book, and pretend play masks. 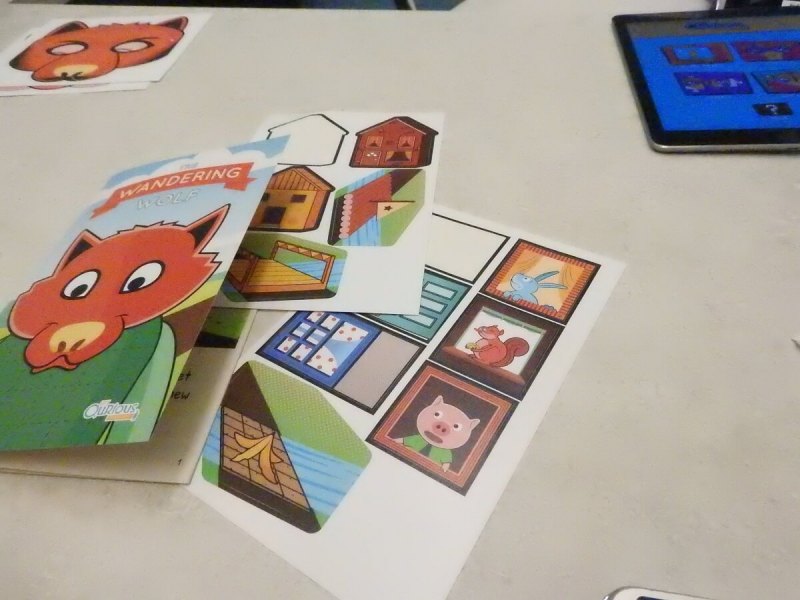 Above: Get Qurious combines an iPad and physical cards.

“The idea is to have a lot of physical activities, using their hands and crafting,” said Manoj Jacob, cofounder of Get Qurious, in an interview with GamesBeat. “Normally, kids engaging with an app are just sitting still and looking at a screen.”

Get Qurious helps children learn concepts of logic, critical thinking, reading comprehension, and creativity through physical play and 3D storytelling. The idea is to enable multi-modal learning in children by engaging all of their senses.

“We were inspired by the need to blend education and entertainment,” said Sesh Sareday, cofounder of Get Qurious. “While everyone has been excited about mobile devices, people are concerned about the addiction to screens. What’s been left out is the physical play. This is a new way of play.” 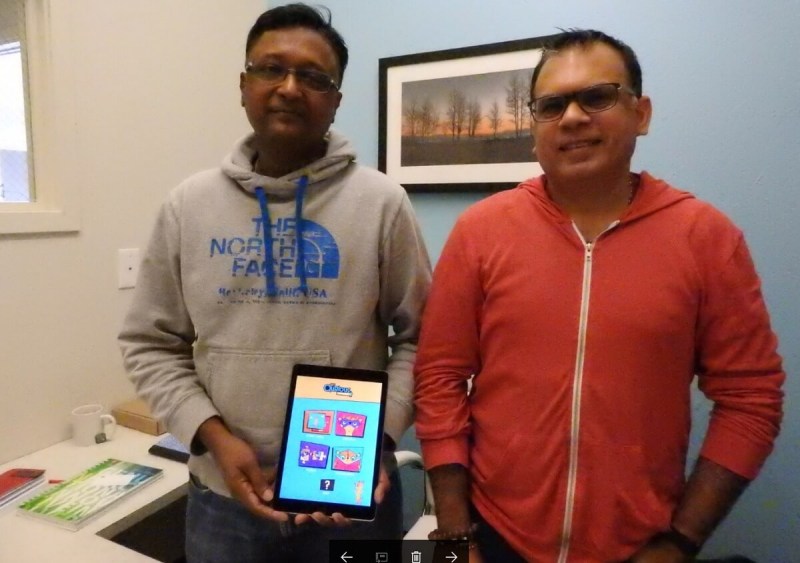 Above: Manoj Jacob, left, and Sesh Sareday of Get Qurious.

The Get Qurious Maker Box is available at new b8ta stores in Palo Alto, California; Seattle, Washington; and Santa Monica, California It’s also for sale online on Marbles The Brain store and Amazon.

Get Qurious was able to get its box into retail early by working with the Sprosty Network, which has a retail-oriented startup accelerator call RetailXelerator. Jacob applied for it and was accepted. Sprosty waived the fee for going through the accelerator.

The idea is to invoke curiosity, spark imagination, and let children dream to reach for the real things they want. The products are simple, reusable, replayable, and do what apps or real-life things by themselves cannot do. They are new ways to play, learn, and explore, full of surprises and magical from their own table top, Sareday said.

“We want kids to be motivated and creative and do stuff,” Sareday said. “There are millions of apps out there. We don’t want to do one more app. We really want to spark the imagination.”

The box comes with multiple activities. One is an interactive story book with 12 chapter story cards that kids can wave in front of the tablet camera. The cards trigger the story of the Three Little Pigs.

You can also put on a mask and look into the device camera. You tap the microphone button on the app to record, and then you can speak the words of the story. You can modulate your voice to make it sound funny. The masks enable role-playing that parents or siblings can use to have fun with each other. 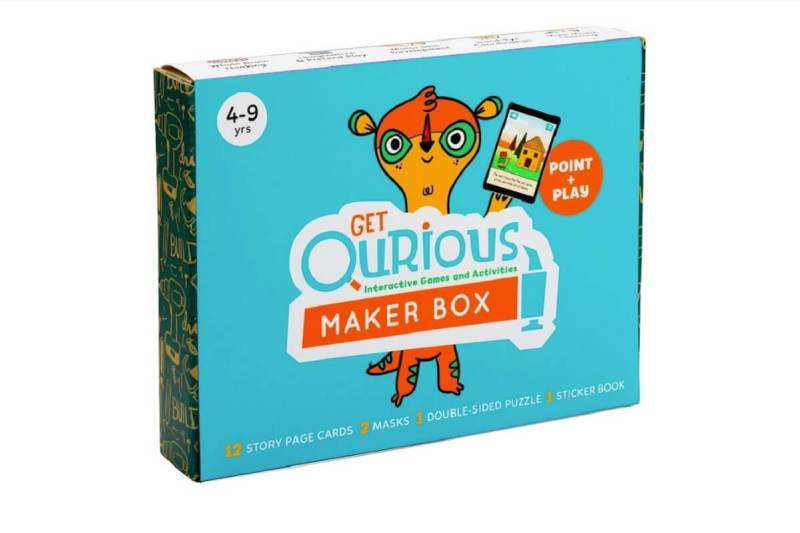 Above: Get Qurious Maker Box costs $25.

Another activity is Puzzle Builder, which lets kids build their own house just like the Three Little Pigs. The kids can put the puzzle together and scan each piece to see the house in 3D. You can flip the pieces over for a fun new puzzle. Again, the learning is multi-modal.

You can also play with stickers (which are reusable). There are some blank spots in the storybook. Kids can place stickers in the blank spots and see a different piece of the story unfold, depending on which stickers they have chosen.

There’s a lot of competition. Osmo uses an iPad’s camera to recognize objects in digital-physical games that bring together apps and toys. And Square Panda combines an iPad with an accessory that reads physical letter blocks.

Over time, the company could launch a subscription service, launching a box every month, Sareday said. With each new box, the company is learning how to make the elements more engaging.

“This can evolve into more complex things,” Sareday said.