Call of Duty‘s first downloadable content map pack for Infinite Warfare arrives on the PlayStation 4 on January 31. And the Zombies co-op mode will feature a new character played by Kevin Smith, the actor and film director who created the movie Clerks.

The Rave in the Redwoods is set in an abandoned lakeside summer camp, with a spooky horror vibe. The four heroes from the 1980s-era Zombies in Spaceland co-op mode reappear in the 1990s setting. The place seems more like a setting for a macabre movie, but then it turns goofy as it comes alive with disco lights and other zany rave features in a techno-fueled illusion. 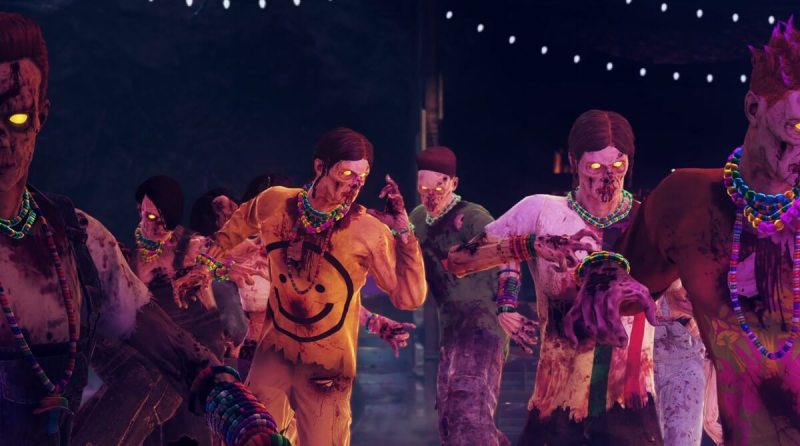 Above: Rave in the Redwoods is the latest zombie episode for Call of Duty: Infinite Warfare.

Smith was cast as himself, as a kind of 1990s icon. Just like the protagonists, Smith has been catapulted straight into another twisted horror film helmed by Willard Wyler, the enigmatic movie director villain played with voice and likeness by Paul Reubens (Pee-wee’s Big Holiday, Gotham). Smith has been left for dead in the movie, but through a series of creepy events will help players attempt to escape the campgrounds where zombie ravers have taken over and turned the site into a techno-fueled nightmare.

“I told my buddy Jason (Mewes) I was going to be in Call of Duty and he wept tears of joy,” said Kevin Smith. “I used to play Pitfall just because I wanted to be that thin little man jumping over crocodiles, something I could never be in the real world, so ever since I was a little kid I always dreamed of being in a video game.” 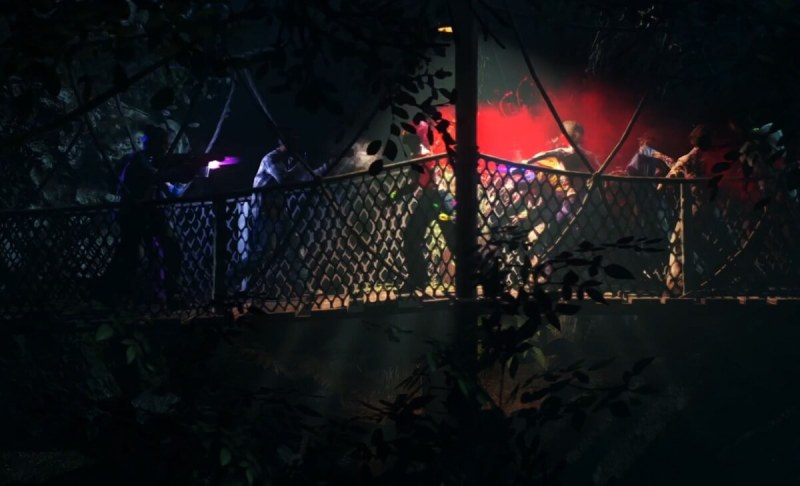 Above: Mowing down zombies in Rave in the Redwoods.

The new Sabotage DLC maps for Infinite Warfare multiplayer include Noir, a dark, grimy city map inspired by futuristic Brooklyn at night. Noir is a classic three-lane map set against a backdrop of a dystopian future, filled with cafes and parks surrounding a brutal downtown war zone. 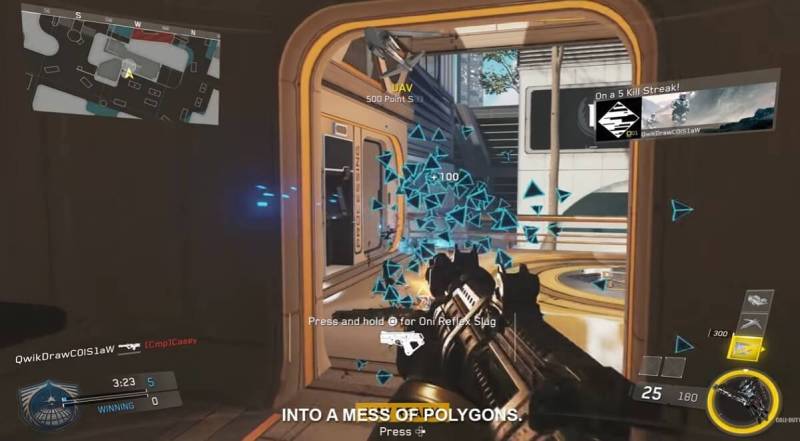 The second map is Neon, a virtual training center designed for urban warfare. Neon is a digitized battle arena where cars and other structures spawn out of thin air and enemies dissolve into hundreds of pixels when defeated. Middle lane sight lines will cater to long-range players while the outsides of the map allow for quick counter-attacks in close-quarter action.

Above: Four characters from Zombies in Spaceland return for Rave in the Redwoods.

Call of Duty: Infinite Warfare Sabotage releases on January 31, 2017 first for the PlayStation 4, with other platforms to follow. The game is rated M for Mature (Blood and Gore, Drug References, Intense Violence, Strong Language, Suggestive Themes).