Coppola’s American Zoetrope film studio has teamed with game industry veterans to develop a psychological horror role-playing game based on the 1979 film. The idea for the game has been years in the making, and the developers are launching a Kickstarter crowdfunding campaign to solicit feedback from fans on how to proceed with the game. Coppola hopes that the film — famous for lines such as “I love the smell of napalm in the morning” and “Terminate with extreme prejudice” — will influence younger generations who may have never heard about it.

Los Angeles-based American Zoetrope is inviting fans of the film, which is loosely based on the Joseph Conrad novel Heart of Darkness, and gamers to contribute to the budget for the game, which Coppola wants to be an independent project so that the team can preserve its creative vision and artistic integrity.

“Forty years ago, I set out to make a personal art picture that could hopefully influence generations of viewers for years to come,” Coppola said in a statement. “Today, I’m joined by new daredevils, a team who want to make an interactive version of Apocalypse Now, where you are Captain Benjamin Willard amidst the harsh backdrop of the Vietnam War. I’ve been watching video games grow into a meaningful way to tell stories, and I’m excited to explore the possibilities for Apocalypse Now for a new platform and a new generation.”

Above: Art from the Apocalypse Now game.

The Kickstarter crowdfunding campaign will be the first step in a three-year journey to give life to an interactive Apocalypse Now experience that accurately captures the tone, themes, and characters of the original motion picture, said Lawrence Liberty, one of the game developers on the project and the former executive producer of Fallout: New Vegas, The Witcher, and DC Universe Online.

Liberty said in an interview with GamesBeat that the game won’t be a Call of Duty style first-person shooter, though it will be told from a first-person point of view. Rather, as a RPG with horror elements, the cinematic narrative game will take the player on the same journey that Captain Willard followed in the film, on a secret mission to assassinate the renegade Colonel Kurtz.

“We are not going to make a Call of Duty kind of game,” Liberty said. “A lot of people may not know the movie, but I think it had an impact on popular culture. Many people have probably heard about lines like ‘I love the smell of napalm in the morning,'” a phrase uttered by Colonel Kilgore (played by actor Robert Duvall in the film) after a devastating helicopter attack that is also one of the signature scenes from the film.

Throughout the course of the game, players will have the ability to make their own decisions independent of the original narrative. As players navigate the unspeakable horrors of the Vietnam War, their reactions to each situation will result in consequences that will alter their journey as the story unfolds. Every decision matters, and each player will tell their own story, the developers said. 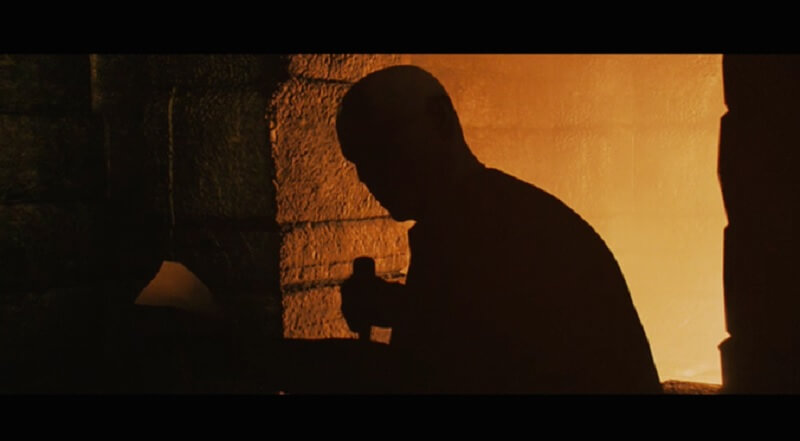 Above: Scene from the Apocalypse Now video game.

“We will create a game that challenges what an interactive experience can be; just as the original motion picture challenged the concept of cinema,” said Montgomery Markland, game director, in a statement. “We are making a game that we are excited to play. We will deliver a greater variety of experience and interaction than is currently available within the relatively static industry.”

Apocalypse Now is being developed by a new team of game industry leaders, in conjunction with American Zoetrope. Besides Liberty, the team includes Rob Auten, a lead writer on multiple billion-dollar gaming franchises including Gears of War, Battlefield, and Far Cry; Markland, who was the lead producer on two of the most successful crowdfunding titles of all time: Wasteland 2 and Torment: Tides of Numenera; and in a special advisory capacity, Obsidian Entertainment’s Design Director Josh Sawyer, who directed Fallout: New Vegas and Pillars of Eternity.

American Zoetrope will deliver a lot of material for early backers of the project, from unique game options to props from the actual motion picture, such as the Lt. Col. Wm. Kilgore’s “Airmobile” surfboard and Col. Kilgore’s death cards, “not a jack in the whole bunch.”

Above: The church scene in Apocalypse Now brought forth a lot of apocalyptic religious imagery.

Among the rewards is early access to pre-release versions of the game, limited edition Apocalypse Now-themed merchandise, and play sessions with the development team. A select tier of backers will have the opportunity to give critical feedback directly to the development team, and even take a journey on one of the Family Coppola Hideaway Adventure packages, along with a few surprise rewards that will be announced later.

Apocalypse Now is estimated to launch in 2020, with early access coming in 2019 to correspond with the 40th anniversary of the motion picture’s original release.

Liberty said his involvement goes as far back as 2010. But Coppola explored working with a partner in the game industry as far back as 2008. The game project gathered steam, with Markland and Liberty forming a studio in 2009 for the purpose. They made an early prototype using the Crytek CryEngine.

But after 2011, the game went into “stasis,” Liberty said. Coppola still wanted to the game to happen, and then Markland help revitalize in 2013. Liberty rejoined the project in 2015. They settled upon an indie approach, rather than working with a big publisher on a big budget game, for reasons of creative freedom.

Above: The river patrol boat from Apocalypse Now

“It has been a very long labor of love,” Liberty said. “Rob Austin and Monty were major Apocalypse Now fans. I’m a Coppola fan and appreciated it. It was one of my top 10 movies of all time. I liken it to a dark Wizard of Oz.”

Liberty believes that an RPG fits because the game will follow Willard’s odyssey through a large geographic area in Vietnam and Cambodia. Over time, a character can progress. But as envisioned, Liberty doesn’t see a lot of fast-paced first-person shooter action. He wants the game to be respectful of the message that Coppola had, and that’s where some of the horror theme comes in.

If there is action, Liberty said it will probably be more realistic, with high lethality. The game may be more slow-paced, like a Resident Evil game, where you go from scene to scene. In each scene, the player would have to make life-or-death choices and conserve resources, such as ammunition.

“The RPG seemed the best way to approach the adaptation,” Liberty said.

The game will follow the narrative of the film, but it will have areas, like in the jungle, with procedural animation where players can get off the narrative and explore. All of the film’s major set pieces will likely be reproduced, Liberty said, including the helicopter attack scene.

Above: Apocalypse Now the game will come out in 2020.

So far, the team hasn’t approached Martin Sheen, the actor who played Captain Willard in the film.

“I would love to have his involvement, but he does not come cheap,” Liberty said.

Right now, the studio is small and the company has a working prototype based on the Unreal Engine. The game will like have as realistic art style as possible, but that will depend on the ultimate budget.

Liberty said that “this is a game that I would not want to rush.” He added, “This property is the crown jewel. Francis believes we are at the point in the craft of game making and the development of the technology that we can do something that we can tackle this. I would rather take our time and iterate and involve the community.”

I want to make sure he does it right too, as I saw the film when it first came out and wrote part of my honors thesis in English about the film when I went to school at the University of California at Berkeley. I think there’s a lot of people like me out there who have studied the film and would love to see the video game done right.

But 40 years is a long time to wait for a video game. I said that Liberty should explain the film’s enigmatic ending to the gamers. He replied, “Your ending is likely going to be different. We want to give people tremendous freedom.”