Vestiaire Collective, a marketplace for premium secondhand clothing and fashion accessories, has raised €58 million ($62 million) from Vitruvian Partners, with participation from Eurazeo and Idinvest Partners.

Founded out of Paris in 2009, Vestiaire Collective is one of a number of online marketplaces specializing in connecting sellers with buyers seeking high-end fashion goods. The platform claims to offer 600,000 items, each of which has been manually checked for quality and authenticity, and today claims 6 million customers across 48 countries. 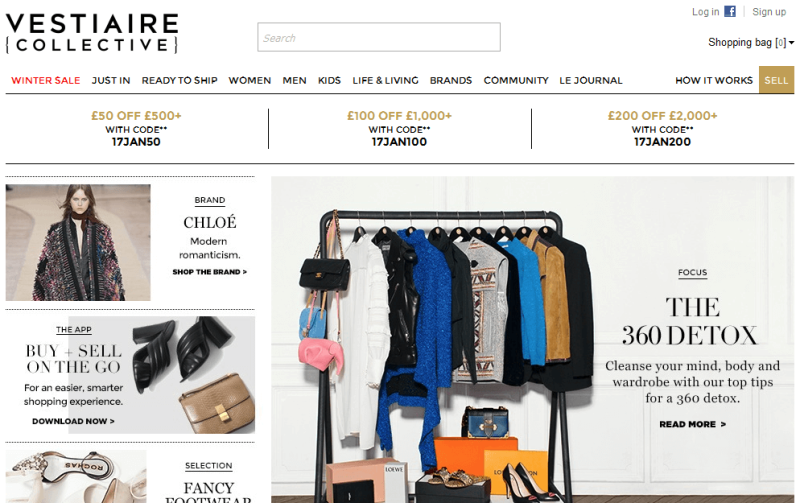 The company has now raised around $130 million in total since its inception and says it will use its latest cash injection to consolidate its “leading position in Europe, fuel its growth in the U.S., and allow for expansion into new markets, including Asia Pacific,” according to a company statement. It will also invest in a new logistics hub in France and plans to create 120 new jobs globally over the next couple of years.

“Through their investment in a new round of funding, our new and existing investors are backing our business model and are confident in our capacity to pursue tremendous international growth,” said Sébastien Fabre, founder and CEO of Vestiaire Collective. “They are providing us with the means for organic and possibly non-organic growth, to consolidate our leadership in Europe, pursue in a similarly rapid growth in the U.S., as well as enter new high potential markets, such as Asia Pacific.”

One of Vestiaire Collective’s core selling points is that it claims to be the only consumer-to-consumer marketplace where “100 percent of the products are physically checked by a team of experts.” Indeed, mainstream alternative eBay has long been blighted with fake goods, which is why it recently pledged to combat counterfeiters with professional authenticators that inspect high-end fashion goods on its site.