The company hasn’t gotten an official name yet, but Everywhere promises to be a massive open world where you can do … virtually anything. I would probably bet that Benzie’s team will try to outdo Grand Theft Auto, and that’s going to be good for gamers.

But in an email interview, Benzies said that Everywhere will be unlike anything he’s ever done before.

“Everywhere has a lot of traditional game mechanics but we’re going for something more that draws inspiration from, well, everywhere,” Benzies said. “Players are getting smarter and require more from their games, and we want players to have the real freedom to live in our worlds in the ways they want to. We’re aiming to offer a huge variety of game modes and styles that not only tell our stories but also enable players to live in the identities and adventures they most want to explore.”

Benzies and his team will use the Amazon’s Lumberyard game engine to make Everywhere.

Benzies was the former president of Rockstar North, the studio in Edinburgh, Scotland, which makes the Grand Theft Auto games. Benzies worked with Rockstar Games leaders Sam and Dan Houser to create Rockstar’s signature games as part of a label for Take-Two Interactive.

But Benzies got in a dispute with Sam Houser after Grand Theft Auto V shipped in 2013. He claimed that the company owed him $150 million in royalties that it had never paid him, and Rockstar filed a countersuit that claimed Benzies was in breach of contract. That litigation is still pending.

Now he has teamed up with former Rockstar colleagues to make Everywhere, a new game that is inspired by the desire “to have the real freedom to live in our worlds in the ways they want to,” Benzies said in an email interview with GamesBeat. News of the company leaked after Benzies’ team filed registration papers in Scotland, but few of the details were divulged until now. 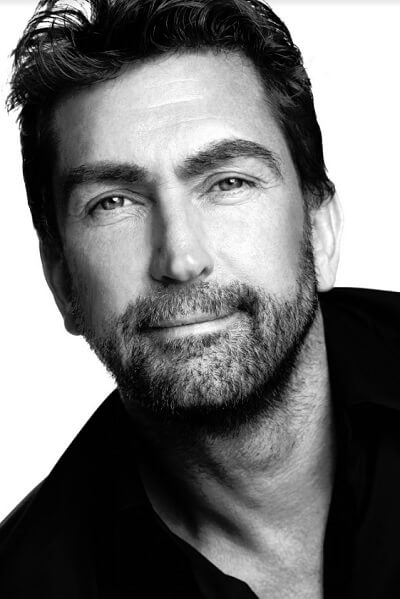 “I am proud to have been part of past advancements in gaming,” said Benzies, “but I am even more excited about what we have in store for the future. The working title of this new game is Everywhere and the vision is long term, with the capacity to develop and grow forever. Our goal is to create a platform where players can be entertained, and also entertain others while blurring the lines between reality, and a simulated world.”

The deal is a coup for Amazon, which launched Lumberyard a year ago under a license from Crytek, the maker of the CryEngine. Lumberyard is free, and it is integrated deeply with paid services such as Amazon Web Services. It also includes Amazon Gamelift and Twitch integrations.

“Amazon’s technologies and cloud services provide us the power and flexibility to create a new type of game that was never before possible for today’s massive gaming communities,” Benzies said. Additionally, “Lumberyard’s client and cloud features free us up to focus on the innovative, creative elements of our game.”

“Leslie is a visionary who pushes what’s possible in interactive entertainment, and we’re honored that he and his team have chosen Amazon Lumberyard as the foundation for ‘Everywhere,’” said Eric Schenk, the general manager for Amazon Lumberyard, in a statement. “We’re obsessed with giving developers the tools they need to bring their most ambitious projects to life, and based on feedback from creative leaders like Leslie, we’ve made more than 1,700 updates to the engine in the last year alone. We can’t wait to see what his team creates.”

The team has about 30 people already, and it is hiring.

In an email comment, Smith said, “The potential of gaming is just so huge—it’s easy to look at how photorealistic graphics are becoming, and imagine we’re somehow getting close to the end-point of games, and I couldn’t disagree more, I think we’re just at the beginning. I try to imagine what the world will look like in 30, 40 years, what could make it a better place, and I can’t think of an area of technology with more potential than what we currently call ‘games.'”